GMT and WorldTempus at the Dubai Watch Week 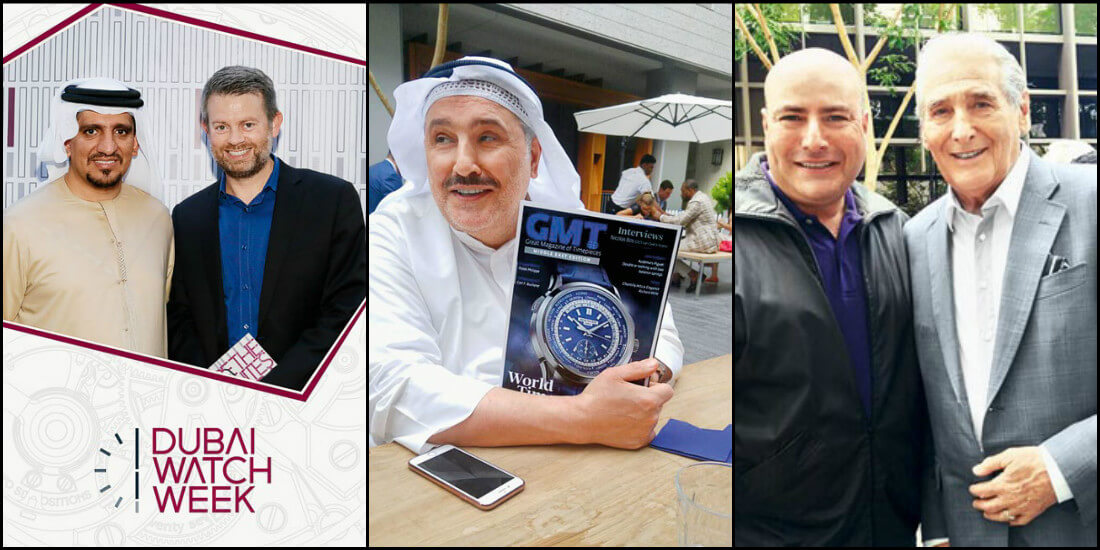 For the second consecutive year, in association with the GPHG, the Middle East’s largest watch-related event saw key industry movers and shakers gather in Dubai. GMT and the WorldTempus website were once again the official media partners, while intensifying their onsite roles. The articles written by Paul O’Neil, Editor-in-Chief WorldTempus, along with his team, illustrated the importance and rich content of this already not-to-be-missed event, as well as highlighting the limited series launched on this occasion. Paul O’Neil also helped lead out in the workshops organized throughout the Dubai Watch Week, serving as a moderator for the sessions entitled “The Language of Time”, “The Power of Influence” and “Haute Horology”. Dubai-based publisher Fadi Jamil took the opportunity to launch the Middle East edition of GMT, which is already extremely well known in the region, as confirmed by the enthusiasm of the legendary Kuwaiti watch collector Abbas Behbehani. GMT Middle East will be distributed each quarter in the following countries : Saudi Arabia, Bahrain, United Arab Emirates, Jordan, Kuwait, Lebanon, Oman and Qatar. The next issue will be released in February 2016