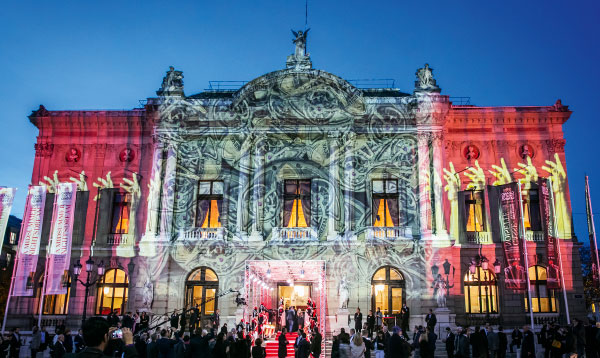 On October 29th 2015 at the Grand Théâtre de Genève, the Grand Prix d’Horlogerie de Genève revealed the names of the 2015 prize-winners honored in 12 categories and by 6 special prizes. The international jury of 26 experts chaired by Aurel Bacs placed the emphasis firmly on diversity, daring and exclusivity. The “Aiguille d’Or” Grand Prix won by Breguet last year was presented by its vice-president Jean-Charles Zufferey to Stephen Forsey of Greubel Forsey. The ceremony, attended by Federal Councilor Alain Berset (pictured below), was the culmination of a four-month, three-phase process, as well as an itinerant exhibition of the 72 pre-selected watches (six per category, already singled out at that stage) that made stopovers in Hong Kong, Macau, Seoul and Dubai. The prize-winners were then exhibited at the SalonQP in London. Check out the analysis by the editorial team and the selections for each category in the GPHG feature on WorldTempus.com
<
>