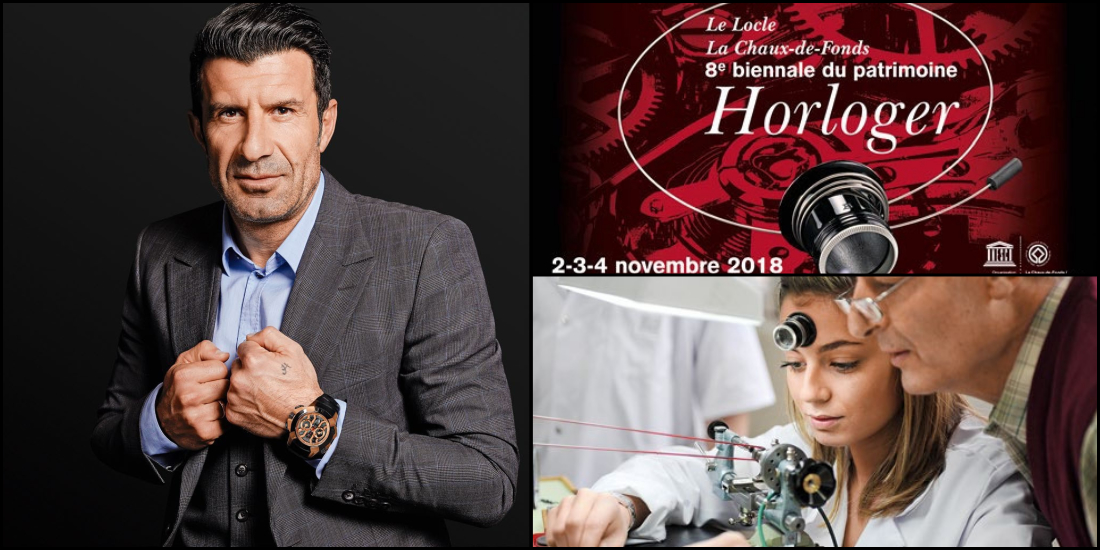 Feet on the ground and head in the stars : the legendary Portuguese footballer is following the World Cup with a watch by Jacob & Co., which has created a limited series of Epic X in three versions for the Golden Ball winner. Still extremely active and involved in the world of soccer, Luìs Figo has been wearing Jacob & Co. watches for many years, notably including the Epic SF24.

For the first time ever, the upcoming edition of this biennial event – involving around 50 workshops, institutions and watch manufacturers across the canton from Neuchâtel through La Chaux-de-Fonds to Le Locle – held in November 2nd to 4th 2018, will be followed by a “biennial ENCORE” organized in 2019 ! The aim is to celebrate the 10th anniversary of the inscription on the UNESCO world heritage list of the watchmaking town planning typified by Le Locle and La Chaux-de-Fonds. The program will be unveiled in September on worldtempus.com.