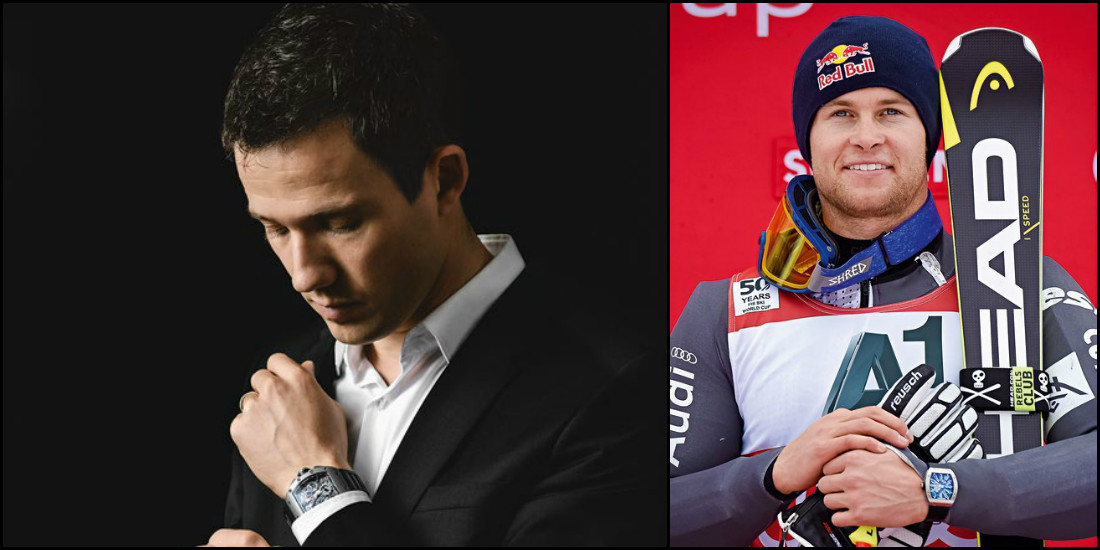 The dynamic family of Richard Mille sports ambassadors continues to rack up one achievement after another. The Alpine skiing season got off to a roaring star for Alexis Pinturault, when the Frenchman won the winter’s first giant slalom. The 25-year-old skier from Courchevel thereby scored his 16th World Cup win to date, moving past the previous French record of 15 set by Jean-Claude Killy. Alexis Pinturault’s 2014 arrival in the Richard Mille team has enabled the brand to test its new creations in particularly trying conditions. A new caliber specifically dedicated to Alpine skiing should soon emerge. Another success is that achieved by Sébastien Ogier, who is continuing to make his mark on the history of the World Rally Championship. In winning the Catalonia rally, the French driver and his co-pilot Julien Ingrassia picked up their fourth consecutive world title. The 32-year-old Volkswagen driver, who wears the titanium Flyback RM 011 chronograph, is thereby joining Tommi Mäkinen and Juha Kankkunen in the club of quadruple world rally champions. Only Sébastien Loeb, his fellow countryman and former team-mate at Citroën, also a Richard Mille partner, has so far done better, with a stunning nine titles.