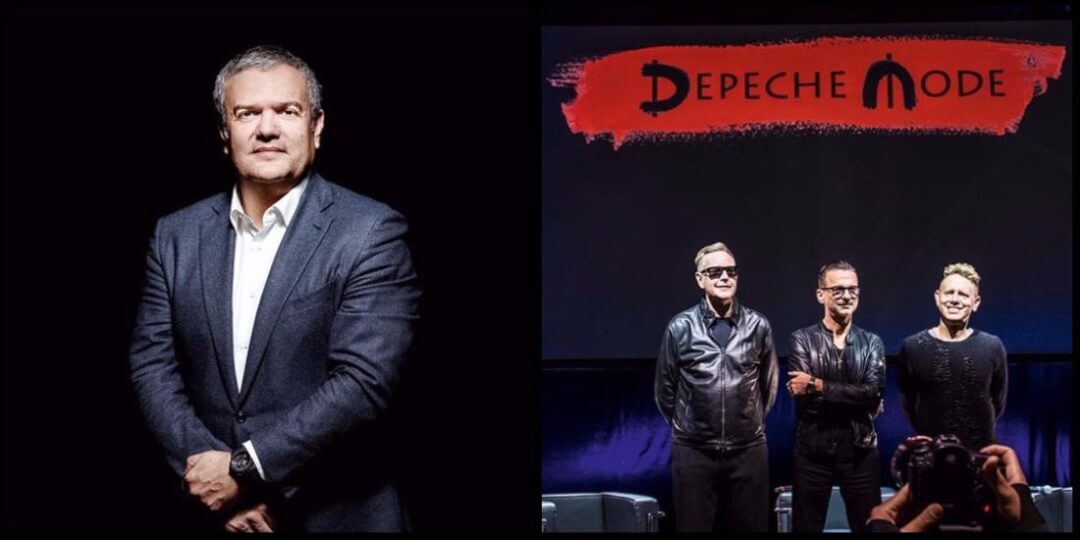 In 2017, fans and the hundreds of thousands of Depeche Mode followers can look forward to the grand return to the music scene of the English trio. After a four-year absence, the electronic rock band has announced the release of its 14th album, Spirit, for mid-March and will be hitting the road this spring for a new tour that will kick off in Stockholm on May 5th, stopping over in Zurich, Switzerland on June 18th, before heading across the Atlantic to North and South America. On this occasion, and for the third time since 2010, Hublot will be supporting Depeche Mode’s commitment to charity by issuing a limited-edition watch – a Big Bang unveiled at Baselworld – from which part of the proceeds will be donated to a fundraising campaign on behalf of charity : water. A founding member of the group that has sold 100 million albums, Martin L. Gore has for many years been actively supporting this NGO that fights against water pollution, especially in Africa, by digging wells and distributing clean drinking water to poor populations. By joining forces and fame on behalf of a common cause, Hublot and Depeche Mode are putting into practice an idea cherished by the watch brand’s CEO, Ricardo Guadalupe, who believes that “Alone I go faster ; together, we go further”.