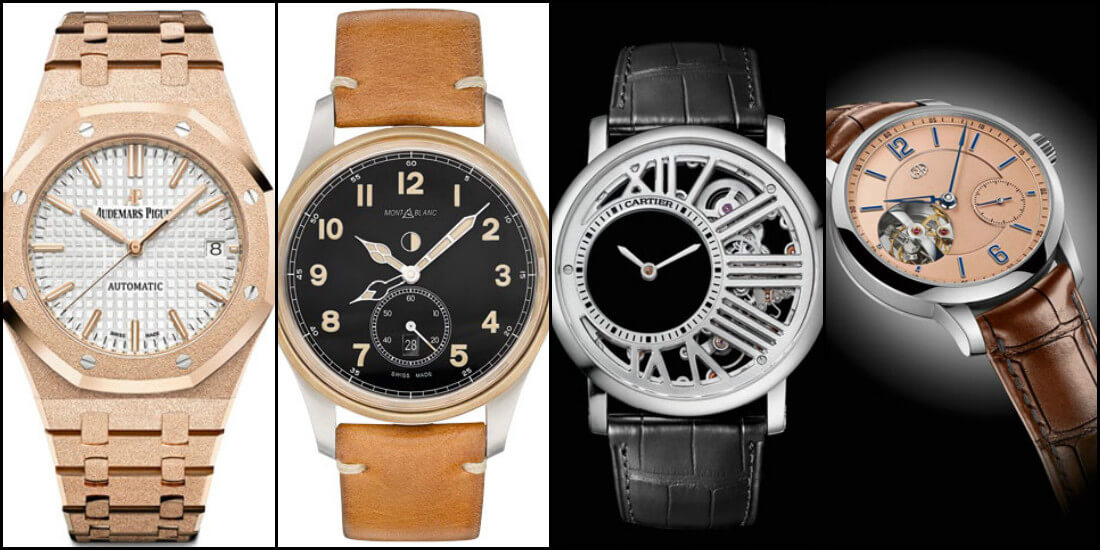 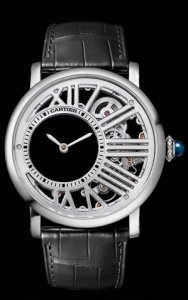 CARTIER combines here two of its iconic Fine Watchmaking creations : on the one hand, the mysterious display devised for its early 20th century clocks ; and on the other, the skeleton movement with integrated Roman numerals serving as bridges and patented in 2009. A first such combination that stages a smooth interplay of visible-invisible elements in the ROTONDE DE CARTIER MYSTERIOUS HOUR SKELETON. 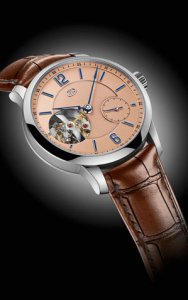 The TOURBILLON 24 SECONDES VISION has been treated to a new platinum case. GREUBEL FORSEY has equipped this first model in a series of four with a salmon-colored dial made of pink gold PVD-treated white gold. The tourbillon continues to be bathed in light thanks to a sapphire dome cleverly integrated into the caseback. 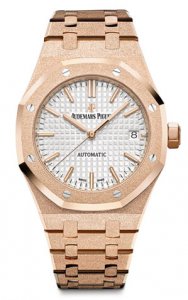 AUDEMARS PIGUET is celebrating the 40th anniversary of the Royal Oak for women by presenting an interpretation created in cooperation with jewelry designer Carolina Bucci, who has revived and renewed the “Florentine technique”. The ROYAL OAK FROSTED GOLD, in white or pink gold, is delicately hammered so as to create remarkably sparkling surfaces. 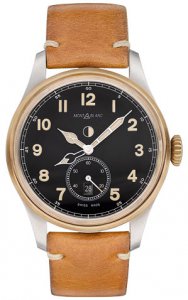 MONTBLANC underlines the vintage nature of its 1858 Collection by introducing bronze into certain models. This metal composes the bezel and crown of the 1858 AUTOMATIC DUAL TIME in steel fitted with a brand-new strap in deliberately aged calfskin leather. The traditional black dial bears cathedral hands and numerals coated with beige Super-Luminova. 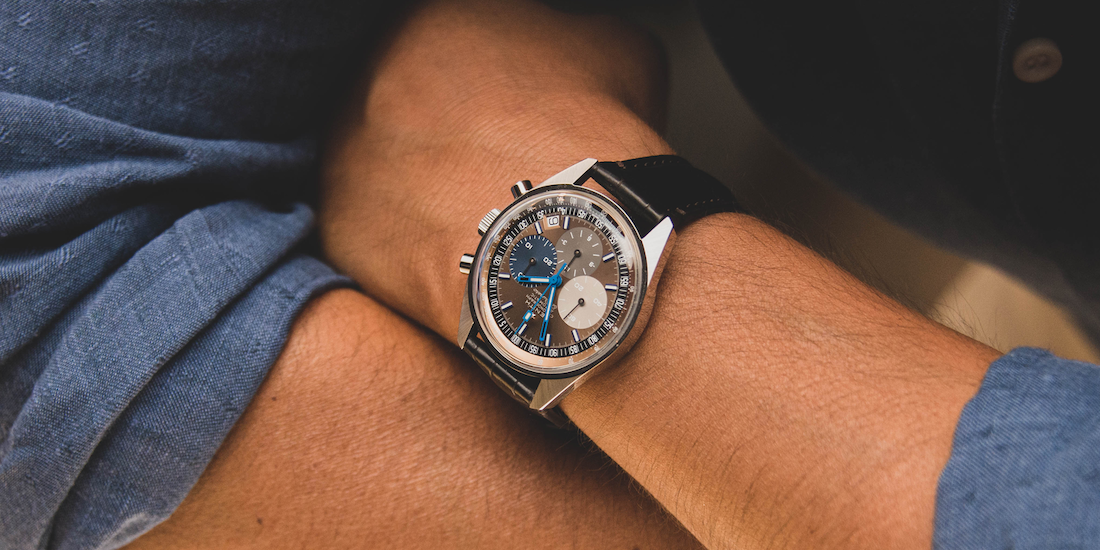