Baume & Mercier : The stopwatch is ticking on a legendary race 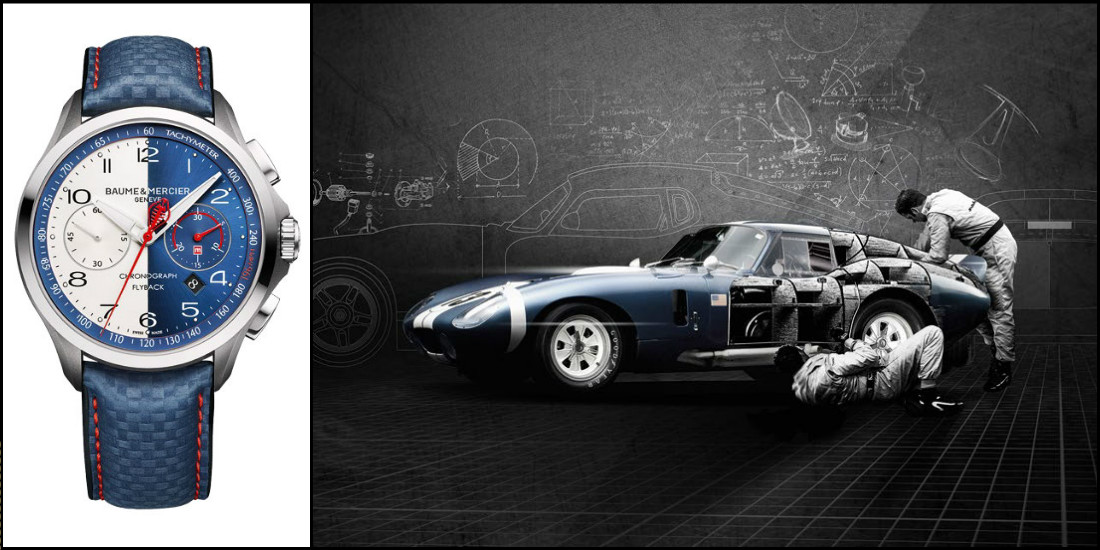 The Shelby® Cobra Daytona Coupé fully deserves its status as a true icon – an offusurped title. Designed by Peter Brock to fit the Cobra chassis created by Carroll Shelby and built in a 6-piece limited series with the aim of beating Ferraris, this racing car reigned supreme over the GT class between 1964 and 1965, smashing several speed records in the process. With its V8 engine, its coupé-style tail, its curvaceous design and its flat roof, it was clearly built for performance. A partner of Carroll Shelby Inc. since 2015, Baume & Mercier could not fail to pay tribute to the most legendary of American speed machines. This is however the first time that its Shelby® Cobra collection welcomes a Clifton model : the Clifton Club Shelby® Cobra CSX2299 Limited Edition, to which Peter Brock himself has lent his own graphic touch. A half-blue, halfwhite dial, a tachymetric scale with “196mph” (the speed record set in Le Mans in 1964) appearing in red, pedal-shaped chronograph pushers, the Cobra logo on the red chronograph hand, case-back apertures revealing the openworked oscillating weight replicating the signature wheel design, the Daytona Coupé has clearly placed its aesthetic imprint on this flyback chronograph, while Baume & Mercier’s watchmaking expertise endows it with impressive mechanical performance and precision.