Bulgari : The thinnest in the world 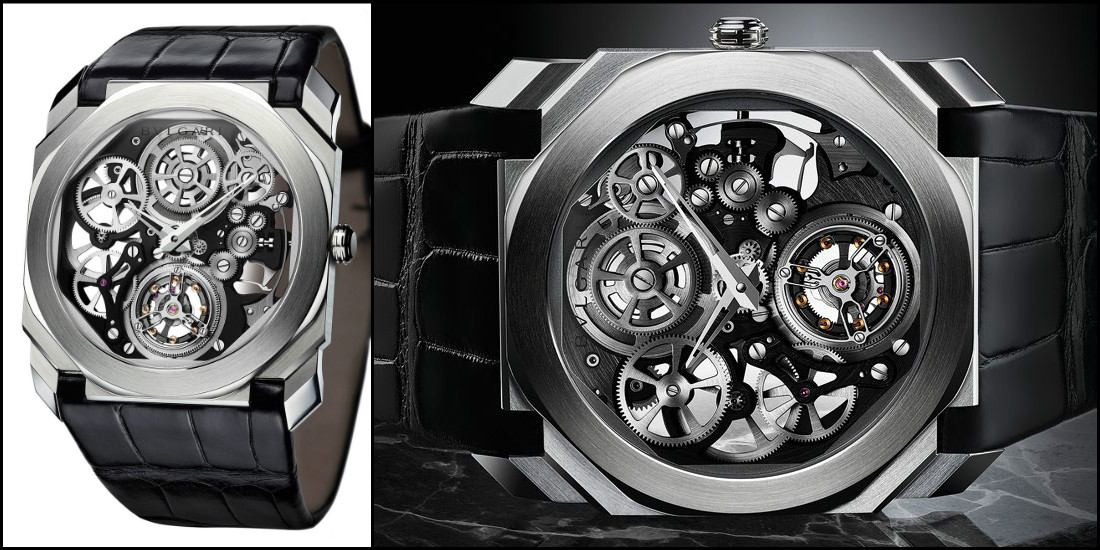 The Octo collection has been steadily racking up a string of records and distinctions since its launch, whether through its brilliant minute repeater model nominated for the GPHG 2016 awards, or its stunning small seconds chosen by the specialized WorldTempus site to create a one-of-a-kind model marking its 15th anniversary. As Guido Terreni, Managing Director Bulgari Watches, points out, “its contemporary and extremely rigorous design can be interpreted to express several facets and its very powerful design can fit various profiles according to the materials and functions it features”. The 2017 offering is also set to make its mark on the watch industry, since the Octo Finissimo Tourbillon, the thinnest in the world at 1.95mm, is now presented in a skeleton version. Its bridge-free black PVD-coated mainplate strikes a subtle contrast with the rhodium-plated gear trains, cleverly arranged in such a way as to fill the available space in an aesthetically pleasing manner. The ultra-thin ball-bearing mechanism equipping the tourbillon carriage and the barrel serve to increase its power reserve. Its platinum case will feel the beating pulse of only a few dozen connoisseurs, doubtless also won over by the value for money that the integrated Manufacture Bulgari delivers for this already highly exclusive Haute Horlogerie model.