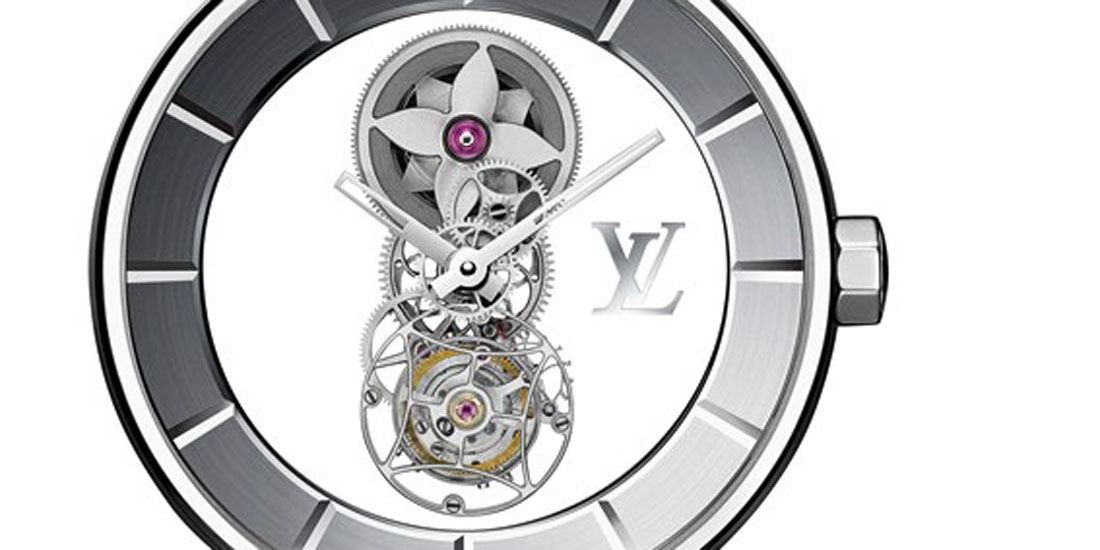 Between two layers of thin air

A sprinkling of metal, a dash of symmetry, and above all a great deal of empty space. The recipe for the new Louis Vuitton tourbillon watch is so simple… yet so complex. Louis Vuitton loves to fit its exclusive tourbillons into platinum cases. That of the Tambour Moon, which is recognizable by its concave caseband and the almost complete absence of a bezel, mainly houses… emptiness. The Tambour Moon Mystérieuse Flying Tourbillon is composed of a metal ring and a floating movement to which it owes the “mystery” moniker. In practice, it is mounted on a series of transparent sapphire disks serving as a mainplate, bridges and transmission for winding. The sapphire-mounted movement has been part of the Vuitton collection since 2012, with the introduction of the Tambour Mystérieuse. The latter was not a tourbillon, but instead an eight-day movement shaped like a small black medallion, right in the middle of a wide empty space, featuring a diamond and ruby power-reserve indicator. While the Tambour Moon Mystérieuse Flying Tourbillon does not have that precious touch, its movement appears to be just as independent of the case and crown, ensconced on its tiny transparent cloud. The only visible elements are the vertically aligned barrel, gear train and tourbillon. This symmetry accentuates the strange and fascinating impression created by this watch.