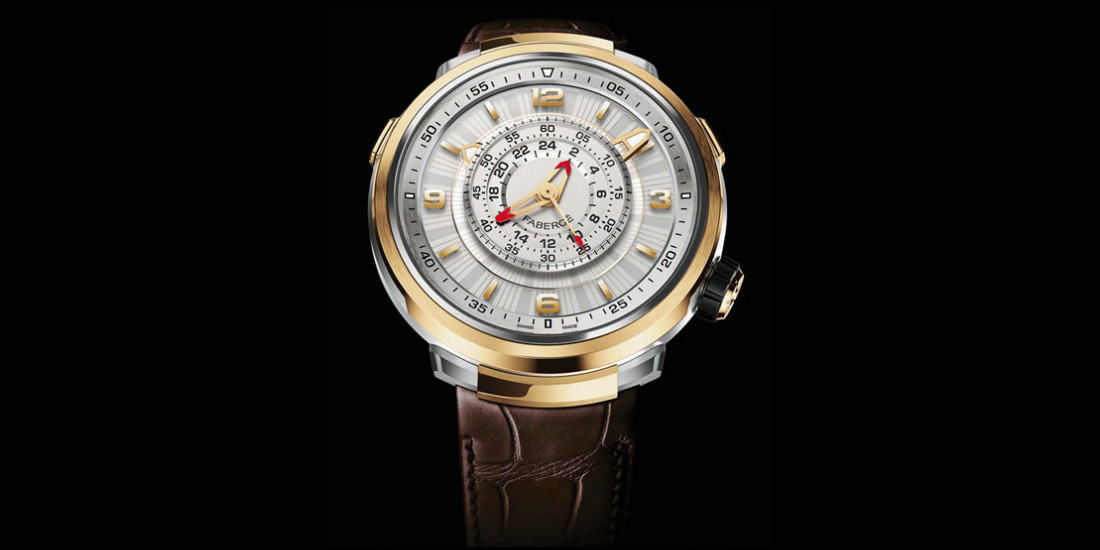 100 years of history, 10 years of studies, 3 years of development, and a launch on March 8th 2017 : the new Fabergé Visionnaire Chronograph is rooted in the history of Fabergé and reinvents the chronograph. It all goes back in 1917 when Tsar Nicholas II of Russia ordered an Imperial Easter Egg from Fabergé : the Constellation Egg, whose horological mechanism activated disks recalling those of certain planets. But the Russian revolution overturned everything and the unfinished egg disappeared, before turning up incomplete at the end of the century. The Visionnaire Chronograph evokes the cosmic rings of this egg, by displaying the time around the dial rim by means of hidden disks – as already seen on the Visionnaire DZT model – as well as by the central positioning of the three coaxial chronograph hands. The time thus measured is read off at a glance, without any need for visual jumps from one counter to another. This revolutionary display is powered by Caliber 6163 developed by Agenhor, based on the key innovations represented by the AgenEmbr patented horizontal clutch – based on non-toothed wheels with an abrasive coating – along with the AgenGraphe central chronograph module. In another nod to the Egg that vanished in 1917, the watch features a laser-engraved egg motif visible only to those who know where to look for it.