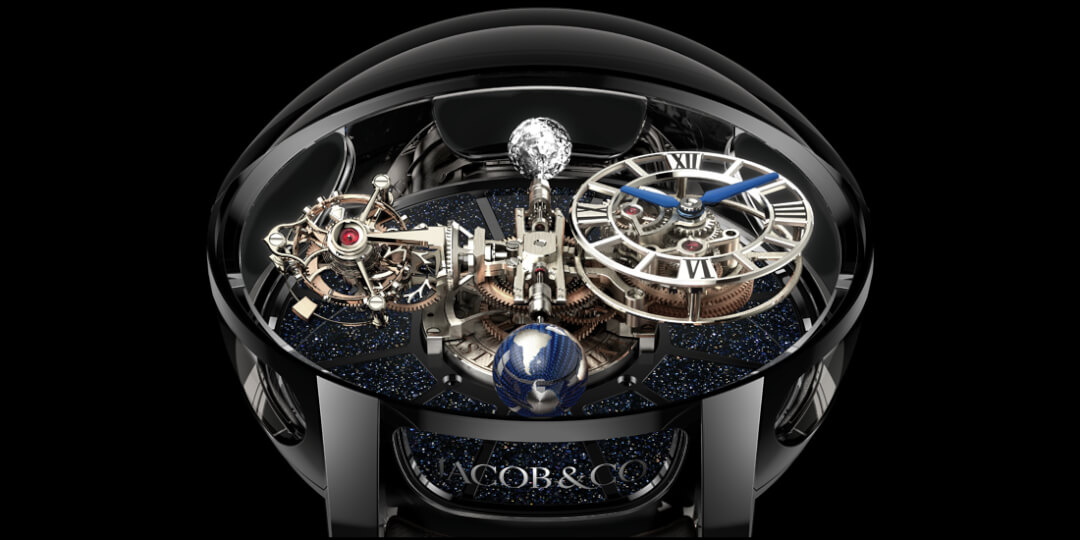 Thirty years young, the age of endless possibilities ? Well before spanning three decades, Jacob & Co certainly lost no time in challenging mechanical laws and establishing itself among experts and collectors : the new Astronomia Black Gold Gravitational Triple Axis Tourbillon is entirely in tune with this spirit. Issued in an 18-piece limited edition, this colossal 50mm watch stages the perpetual rotations of four satellites gravitating around the central axis. The latter make a complete turn of the dial in 20 minutes. The gravitational triple axis tourbillon rotates in 60 seconds around the first axis, in five minutes around the second, and in 20 minutes around the dial. Diametrically opposite, the hours and minutes subdial features a surprising and ingenious differential system serving to keep the hourmarkers upright and thus ensure optimal legibility. The show continues with the lacquered magnesium Earth facing the Moon represented by a spherical diamond featuring the patented 288-facet Jacob Cut. During its 60-second rotation around an independent axis, it reflects every ray of light in all directions, lighting up the star-studded aventurine sky. A singular observatory of the mysteries of the universe, performing a head-spinning choreography !