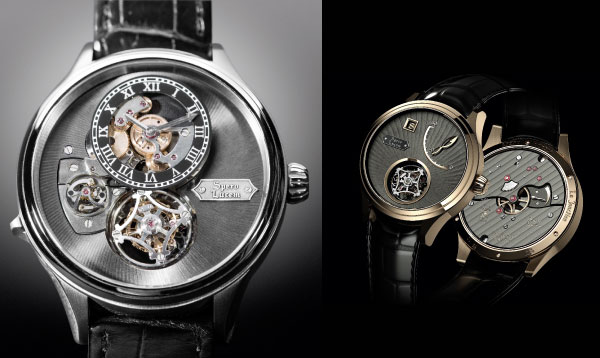 Launched at Baselworld 2013, Geneva-based brand Spero Lucem draws its DNA from Calvin’s city whence comes the inspiration for its name in Geneva’s motto “post tenebras lux” sometimes declined as “post tenebras spero lucem”. The brand logo is directly inspired by the pastoral key on the official coat of arms, while the brand’s first pieces are called La Jonction and La Clémence – which are other symbols of the town. Wealthy collectors on the lookout for exceptional models combining tradition and innovation are clearly the target audience. Behind the scenes, the founder and CEO of the brand are not beginners. Yvan Arpa has already created two niche brands (ArtyA and Black Belt) and taken over the SC2 prototype Manufacture, whose well-known expertise he naturally uses for Spero Lucem. “You have to be sure that you have a strong, honest, decisive, different approach” asserts this entrepreneur who is crazy about marketing and watchmaking. For this new adventure, he partnered with a wealthy woman who is passionate about watches. Spero Lucem also offers jewellery and accessories which avail themselves of watchmaking mechanisms (see next page) and whose range should be consolidated in 2014.

The timepieces are positioned at the top of the watchmaking pyramid, all the more so because it is a world first for La Clémence : a minute repeater tourbillon with “crazy” hands. This playful and original complication that is triggered when the minute repeater mechanism is activated helps the user concentrate on the audible indication of the time, since the hands momentarily lose the plot. Their mechanical memory naturally enables them to take up their appropriate position on the correct time once the hammers have stopped striking. La Clémence is not just the name of a famous Geneva café, but first and foremost that of the largest bell of the St. Peter’s Cathedral in the old town, which inspired the gong of this exceptional timepiece. Its exclusive movement developed in Geneva comprises 471 parts. The complexity of this horological content and the ad hoc excitement of the hands make a striking contrast with the aesthetic understatement of this model in which keen connoisseurs of Geneva’s history will recognize certain symbols in a variety of subtle details. Thus the tourbillon cage is inspired by the head of the pastoral key appearing on the Geneva coat-of-arms. The sunburst snailed engraving on the dial echoes the feathers of the imperial eagle’s wing. On the back of La Clémence, the eagle’s crown forms the bridge of the centrifugal governor.

In its endeavors to honor Geneva, Spero Lucem has given the name of La Jonction to its second new model for 2013. From the sand banks of the Middle Ages to the market gardens of the 19th century, Geneva’s Jonction district has been associated with fertile ground. It gets its name from the junction of the Arve and Rhone rivers. With Spero Lucem, La Jonction becomes a concentration of watchmaking skills : its flying tourbillon with gold adjustment screws in the balance-wheel is associated with mechanisms for jumping hours on a disk and a retrograde minutes hand. The refinement of the classic-looking La Jonction model is evident in the hand finishing of every detail. The dial is divided into two distinct sections. The tourbillon can be seen at 6 o’clock rotating every minute to keep the rate perfectly steady. The clarity of the radiant dial makes it easy to read the fine numerals of the jumping hours appearing in the aperture, next to which the retrograde minutes arc completes the allegory of time. The tourbillon cage is inspired by the head of the pastoral key appearing on the Geneva coat-of-arms. The sunburst snailed engraving on the dial echoes the feathers of the imperial eagle’s wing. On the back of La Jonction, the eagle’s crown forms the bridge of the centrifugal governor, definitely a family look in the Spero Lucem collection.

To the great satisfaction of devotees and purists, it is the very emblem of Geneva that represented the starting point for the Spero Lucem logo : the tail of the imperial eagle enthroned on the official insignia opposite the famous keys, against a Swiss-red background. The eagle with its parabolic force is a call to victory and to taking flight towards the much hoped-for light.

Alongside its purely horological activities, Spero Lucem has chosen to develop a range of writing instruments housing authentic functional watch mechanisms dedicated to renewing the pleasure of handwriting : driven by a micromechanical construction worthy of the finest horological complications, the nib of the pen Avenue du Mail suddenly pops out of hiding, while a solid transparent glass enables one to admire the ma-
gic of the gear wheels in movement. Inspiration put on paper thereby becomes a ritual that is all the more fascinating for being accompanied by an exclusive design enhanced by a clever combination of noble materials.

Besides, Spero Lucem introduced the first-ever deluxe letter opener featuring a blade activated via a functional horological mechanism. In addition to the care lavished on technical features, extreme attention has been devoted to every aspect of this exquisitely elegant object : the materials and finishes of the handle as well as the blade, respectively composed of precious wood, carbon fibre or aluminium and the most refined damascened steel. Above and beyond the classic imagery of the Swiss knife and humankind’s age-old struggle to survive, Spero Lucem celebrates the supremacy of utility interpreted through no-holds-barred elegance.  In naming it Boulevard des Tranchées, one of Geneva’s oldest roads, Spero Lucem transforms this original tool into a nod to the City from which it draws its identity. For the damascened steel of its blades, Yvan Arpa enlisted the talents of Johan Gustafsson, an authentic descendant of the Vikings. A custodian of secrets dating back to the dawn of time, this gifted artisan faithfully perpetuates the art of his ancestors. This Swedish knife-maker, who has won multiple distinctions in Paris, Milan and New York, is considered by purists as one of the world’s finest blade-makers.

Under the impetus of its feminine soul, Miss Song, Spero Lucem has developed a luminous high jewellery line designed for women of fine tastes, ever-changing moods and secret facets. In harmony with the cherished traditions of jewelry artisans, Lux Fuit from Spero Lucem offers interpretations of Geneva’s coat-of-arms, as if to carve even more indelibly into its history this emblematic detail of openness, of a truly unique land. 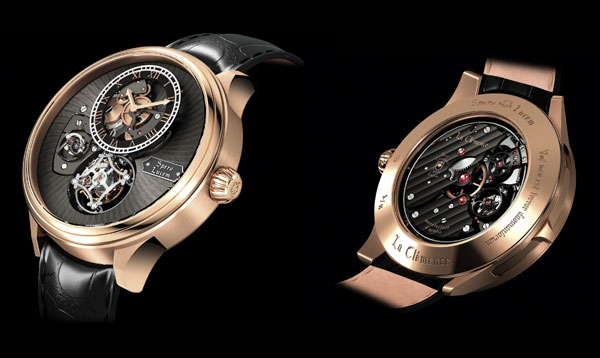