In naming its new collection, Jaeger-LeCoultre has drawn inspiration from a milestone date when global history intersected with its own heritage. In 1958, the International Geophysical Year, the Manufacture created a chronometer capable of withstanding the magnetic fields of the North Pole without losing its precision. The name Geophysic now lives on through a collection combining refinement and innovation. The elegance of the Geophyic Universal Time model is immediately perceptible, beginning with its ideal proportions and its pure, classic yet contemporary lines. It embodies the ideal balance between aesthetic simplicity and mechanical complexity epitomized by the new automatic Jaeger-LeCoultre Caliber 772. Eight years were required to develop this technical compendium featuring a non-circular balance wheel that is rendered even more accurate by the lack of air friction. As far as indications are concerned, the watch enables simultaneous readings of the time in 24 time zones displayed on a mobile disk. The latter turns around a fascinating planisphere depicted by subtly graded lacquered shades of blue and by sunburst-finished engraved continents. An invitation to journey through a world that is an anthem to aesthetic harmony.

It was in 1958 that Ludwig Mies van der Rohe, in collaboration with Philip Johnson, unveiled the Seagram Building in New York’s Midtown district. The standout design of this building testified to an all-new architectural approach. This German-born architect and former director of the Bauhaus in Berlin arrived in the United States in the late 1930s after his school was shut down by the Nazis. He brought with him a number of radical and powerful ideas that would change the architectural world.

For the first time in the history of architecture, the Seagram Building openly celebrates the supporting structure, transforming it into an essential part of the building by visually suggesting it via bronze I-beams fitted all the way up its towering 157 meters. The façade is no longer made of bricks and stone but glass and metal, and it was exactly this design that heralded a whole new generation of modern skyscrapers. Taking the approach to its logical conclusion, actually visible structural frames subsequently became a central part of the new conception of modernism. The opulent interior decoration of the building features the lavish use of bronze, marble and travertine. At the time of its construction in 1958, this work by Mies Van der Rohe was the most expensive ever built. It also reflects  two of the architect’s fundamental maxims: “Less is more” and “God is in the details”. Two principles also strongly present in the model created by Jaeger-LeCoultre. 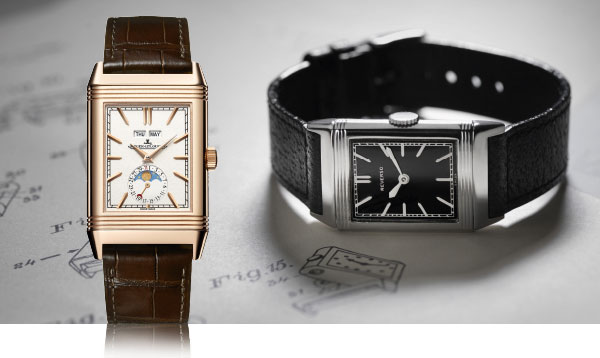