Claude Emmenegger was announced in July 2015 as the new Creative Director of Audemars Piguet, a brand with which he is well acquainted, having worked there from 1999 to 2003 prior to going freelance for 12 years. Before that he had made a name for himself at Longines and Gucci. He intends to focus on the ladies’ and high-tech lines via new functions. According to which rules ?

Philippe Dubois is firmly ensconced since September in the driving seat of the Rebellion Timepieces speed machine as CEO, after six years in the same position at Badollet, and having previously built a career in sales and marketing within the MGI Luxury group (Concord and Moavdo).

René Kohli is taking the sales and marketing reins of the new Premiers brand, as well as holding a seat on the Board of Directors since September. In exercising responsibility for the brand’s development strategy, he will be able to draw upon his international experience of luxury and watchmaking forged through 20 years spent serving as a consultant.

Juliette North is back at La Montre Hermès since this summer as VP Strategy and Communication, after four years at the head of marketing and business development for Zenith, preceded by two years already in charge of communication and marketing at La Montre Hermès. Prior to that, she had distinguished herself in the domain of international public relations for Audemars Piguet during the glorious Alinghi years, and then on the America’s Cup management team responsible for relations with Louis Vuitton.

David Traxler has just taken the helm of Corum, whose shareholder Citychamp specifies that his role will involve implementing the brand’s global strategy and business operations as part of a worldwide redevelopment plan. The new COO has spent most of his career to date with Bvlgari and Chopard in Italy and the United States. 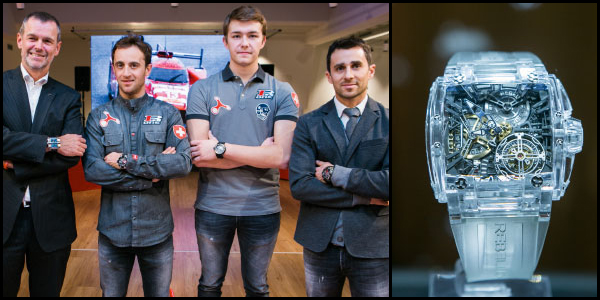