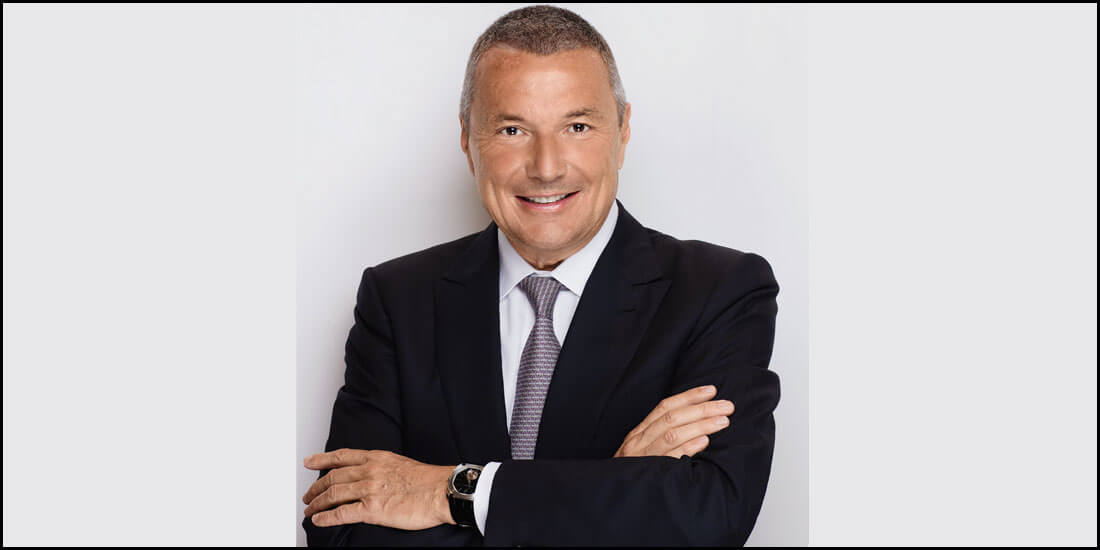 “The winners in the current situation are strong and responsive brands.”

The jury of the GPHG has selected four watches for the 2016 edition. Which would you most like to see win the prize in its category ?

The Octo Finissimo Minute Repeater, because it embodies this fusion of very modern, minimalist Italian style and Swiss watchmaking expertise with its highly innovative expression, particularly with regard to acoustics. Bulgari reinterprets the chime in a very elegant manner while meeting the ultimate acoustic challenge in creating the world’s thinnest minute repeater. But naturally if another of our watches wins a prize, we will also be very pleased ! In 2014 we noted that a GPHG award is an additional argument in boutiques that can in fact prove a deciding factor in convincing an undecided client.

How is the redeployment of your production facilities coming along and what impact has the strong franc had on this ? 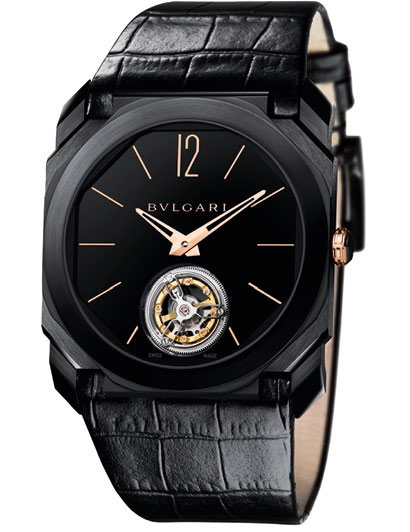 The Swiss infrastructure was finalized last year and remains unchanged with four manufacturing establishments : the production site at Le Sentier which has undergone massive changes since last year, and the ones at Saignelégier for cases, La Chaux-de-Fonds for dials and Neuchâtel for assembly. The staff complement remained stable this year and we are programming our 2017 production plans which should be slightly higher than in 2016. The strong franc has been beneficial to us, since it has forced us to be more efficient and more productive and to manufacture more watchmaking products with the same number of staff in order to absorb its appreciation. Nonetheless we are taking certain precautionary measures and have no plans for additional hiring, except in jewelry where we are opening a new production unit in Valenza in Piedmont, on a new site that will launch its activities in January with 700 people, of which half come from other workshops.

What is your analysis of the current state of the watchmaking market ?

The downturn we are experiencing affects all price segments, for reasons due to global trends (economic and political), as well as structural factors with the drop in the Chinese market and the arrival of connected watches which has resulted in volume losses in the under CHF 1000 price segment for traditional brands. Coming back to Chinese consumers, these are the number one buyers of luxury products in the world and some brands are 70% dependent on this market. The struggle against corruption has had a negative effect on sales for the past four years, but the challenges have increased multifold in the last year : the reinforcement of customs controls in China and the doubling of import duties ; terrorism which has discouraged the Chinese from traveling ; the introduction of biometric visas for the Schengen area which in the beginning were a logistical nightmare to obtain ; pressure from their government to buy in China ; and finally, exchange rates which have made certain countries far less attractive for tourism.

How does one survive ?

The winners in this situation are brands that are strong, responsive and endowed with a very good distribution network in China making it possible to compensate locally for part of what has been lost outside the country. And as Chinese consumers change destinations both frequently and rapidly depending on exchange rates and security, they need to be able to adapt to such variations very quickly. In this regard, Chinese tourists shifted from France and Switzerland to Japan and Australia in 2015 due to a very favorable yen/renminbi exchange rate, and then Korea in 2016, while last summer after the Brexit vote and the depreciation of the pound, we witnessed luxury purchasing shift to London in 48 hours !

How is Bulgari withstanding these pressures ? 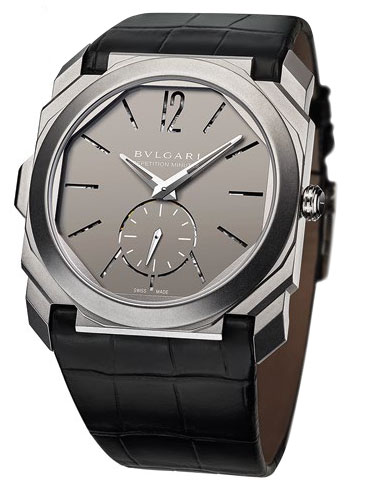 Much better than the average ! Our strategy incorporates our identity as a jeweler (a brand that creates timeless, precious objects of very, very high value) and as a brand that combines Swiss watchmaking expertise with Italian design. Be it the thinnest minute repeater in the world or gemset pieces, this symbiosis between the art of Swiss watchmaking and the art of jewelry with Italian design operates in a price segment occupying a predominant position in terms of value. The average price of our watches is between CHF 8,000 and CHF 9,000 and we quite logically demonstrate a great deal of creativity with regard to watches ranging between CHF 5,000 and CHF 50,000, along with new end of year jewelry pieces reaching up to CHF 200,000 and new men’s models gravitating around our Octo Finissimo Fine Watchmaking icon which retails for CHF 160,000.

Jewelry remains Bulgari’s main activity and continues to grow significantly. Generally speaking, this market is developing structurally faster than watchmaking. Materials are precious but remain the same and the far simpler technology requires a much shorter adaptation period (six months to launch a new collection instead of 18 for watches). Moreover, the emotional content of jewelry is extremely powerful and gives it robust resilience in the market, as the purchase of jewelry corresponds to emotional moments in life (celebrating a meeting, wedding, anniversary, second marriage, etc.) more frequently than in watchmaking, and according to experts, there are only about ten truly global brands that jointly account for a market share of 20 to 25%, thereby offering huge potential.

What is happening with your connected Diagono Magnesium ?

We have postponed its public launch to January 2017 because we have added a new and unprecedented function : in addition to the digital element linked to confidential information (banking, passwords, passport numbers, loyalty cards, etc.) obtained by WISeKey encryption, the Diagono Magnesium may be used to make purchases all over the world thanks to our new partnership with Mastercard. As conductive materials are detrimental to the quality of transmission, thus limiting the use of precious materials, its case incorporates three elements : ceramic, magnesium and PEEK, a non-conductive polymer that is highly shock and scratch resistant. And all of course with an automatic movement.