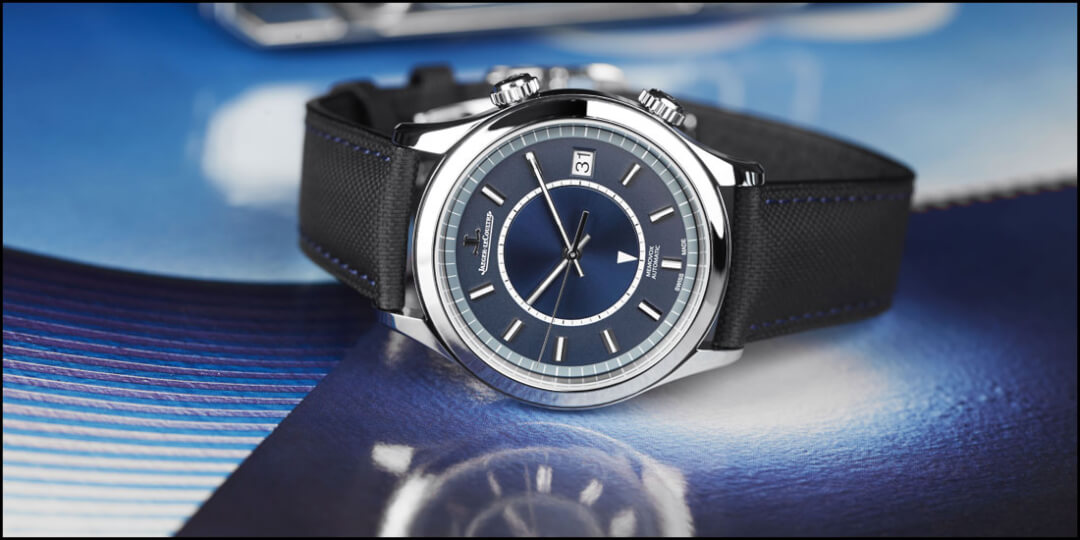 CASE : polished steel, solid back with “Limited to 500 pieces” engraving, waterresistant to 50m

To mark the 60th anniversary of the self-winding movement of its iconic Memovox (‘voice of memory’) collection, Jaeger- LeCoultre has created a limited series that will delight 500 aficionados of functional aesthetics : the Master Memovox Boutique Edition. Since the 1950s, collectors have been keenly following the Memovox saga which has progressively won over artists, businessmen, sports enthusiast and design lovers. Reflecting both technical prowess and unostentatious success, this unifying symbol of mechanical elegance also served as ambassador of the 12th art (the art of time measurement) within the 7th Art, when the authorities of Canton Vaud gifted its hand-wound version with alarm to Charlie Chaplin in 1953. Having turned automatic in 1956, this masterful alarm has since continued to play a lead role and remained front and center on the watchmaking stage. Its repertoire has been gradually broadened with successive performances, becoming the first diver’s watch with alarm, worldtime, perpetual calendar and vintage alarm functions, along with various commemorative roles much sought-after by limited-series hunters.

A compendium of technical efficiency exuding a timeless presence, the Master Memovox Boutique Edition goes straight to the point, legibly displaying the date regularly swept over by three baton-type hands with a pure design, as well as the alarm time subtly pointed to by the triangle (seen here at 6 o’clock). The sunburst ocean blue dial center is surrounded by a white minute track that offers a fascinating perspective on the outer dial punctuated by hour-markers and in turn rimmed by a blue grey ring bearing the seconds scale and reflected on the inner bezel. The polished steel case extends this principle of simplicity teamed with performance : the upper crown easily adjusts the alarm and date, while the lower one governs the crown as well as winding. Bearing the rigorous “Master Control” label involving 1000 hours of testing, the self-winding Manufacture movement powering it is a worthy heir to Caliber JLC 815, the first self-winding movement from the Grande Maison in Le Sentier to be equipped with the alarm function. Its hand-shaped gong – an inimitable and inestimably precious asset amid the current digital noise pollution – reminds us of the beauty of fine craftsmanship and the resonant voice of playful horology.