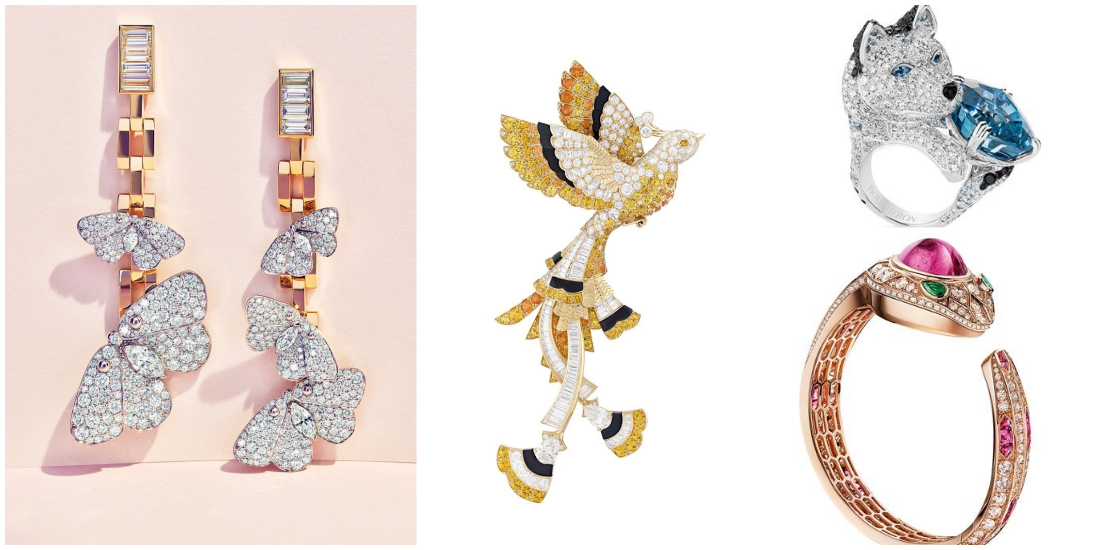 Like any self-respecting fairytale, it begins with the words “Once upon a time…”. It would not be a fairytale without fabulous beings, terrifying animals, and of course princesses. Well, once upon a time there was a Mexican actress whose flamboyant style had made her one of the best-loved femmes fatales in the movie industry during the 1940 and 1950s. Her name was Maria Felix, and her beauty was equaled only by her eccentric taste in jewelry. One day, Maria Felix strolled through the Cartier boutique in Paris carrying a jar containing a live baby crocodile. This unusual gift inspired the jeweler to create one of its most fantastic jewels ever: two crocodiles studded with thousands of diamonds and emeralds that could be worn as a brooch or necklace. It was no coincidence that Maria Felix was nicknamed “the Mexican panther”. This naturally feline star spent years of her life collecting jewelry from Cartier’s Panthère collection. The first panther motifs appeared in 1914 and were subsequently interpreted in countless different ways by Jeanne Toussaint, muse of Louis Cartier before becoming Jewelry Director of the Maison. No one was immune to the aura of this sleekly stylized creature, not even duchesses, since in 1948 Cartier created a panther enthroned on a 166.74-carat cabochon-cut emerald specifically for the Duchess of Windsor. Countless women followed suit, signaling the start of the panther magic. 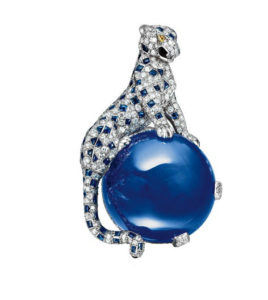 Meanwhile, another charismatic French woman was also dedicating her talent to a feline. Gabrielle Chanel’s “Sous le Signe du Lion” was a tribute to her star sign and to her beloved city of Venice, whose emblem features the king of the jungle. It also roars in passionate majesty on the eight models composing the latest collection from Chanel. Animal motifs in jewelry are as old as humanity itself. Cleopatra already loved to adorn her wrists with snake-shaped jewelry symbolizing her power. Some see it as a talisman and others as a source of fear and dread : the snake stirs up passions, especially when embodied in a piece of jewelry. This motif is however one of the most popular sources of inspiration for great jewelers. Its suppleness, sinuous lines, strength and dynamic image represent a particular challenge for goldsmithing workshops. Rome-based jeweler Bulgari has perfected the art of crafting serpents. Its 1960s line of jewelry, named Serpenti, follows the Maison’s tradition of lending an abstract touch to naturalistic forms. 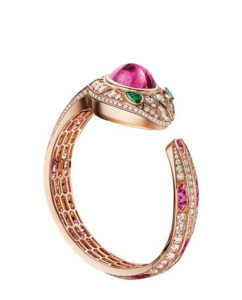 The most recent creations are presented by fashion model Lily Aldridge, who instils both sensuality and glamour into the jeweler’s necklaces, rings and bracelets. These supple, stylized and multi-coiling creations constitute the modern interpretation of a time-honored tradition also cultivated by the French jeweler Boucheron. The latter has considered the snake as its muse since its founding in 1858. Over time, other animals have joined the menagerie : Oulu, the owl, symbolizing wisdom ; Nara, the deer, epitomizing femininity ; Meisa, the blue tit ; as well as wolves and butterflies, to name but a few. A variety of summer birds flit across the pages of the 2018 Blue Book by American jeweler Tiffany. One particularly dazzling creation takes the shape of a long necklace featuring butterflies daintily fluttering around a sparkling dewdrop formed by a tricolor emerald-cut zoisite gemstone. Van Cleef & Arpels, meanwhile, has been drawn to the poetry of the animal world portrayed in the Grimm brothers’ tales. This year, four stories preside over the “Quatre Contes de Grimm” high jewelry collection, where wonderful creatures come to life thanks to the fire of precious stones. “The Three Feathers”, “The Twelve Dancing Princesses”, “The Golden Bird” and “Town Musicians of Bremen” have inspired goldsmiths and gemsetters to create precious and inimitably elegant jewelry. Other models just as likely to delight their owners are the charming clips from the Van Cleef & Arpels Lucky Animals collection. This Maison has consistently given life to a whole world of graceful animals, within which birds, rabbits, cats and dogs co-exist in peaceful harmony, living happily ever after in the jewelers’ bestiary. 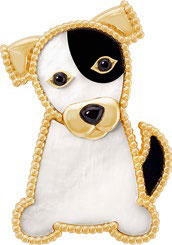