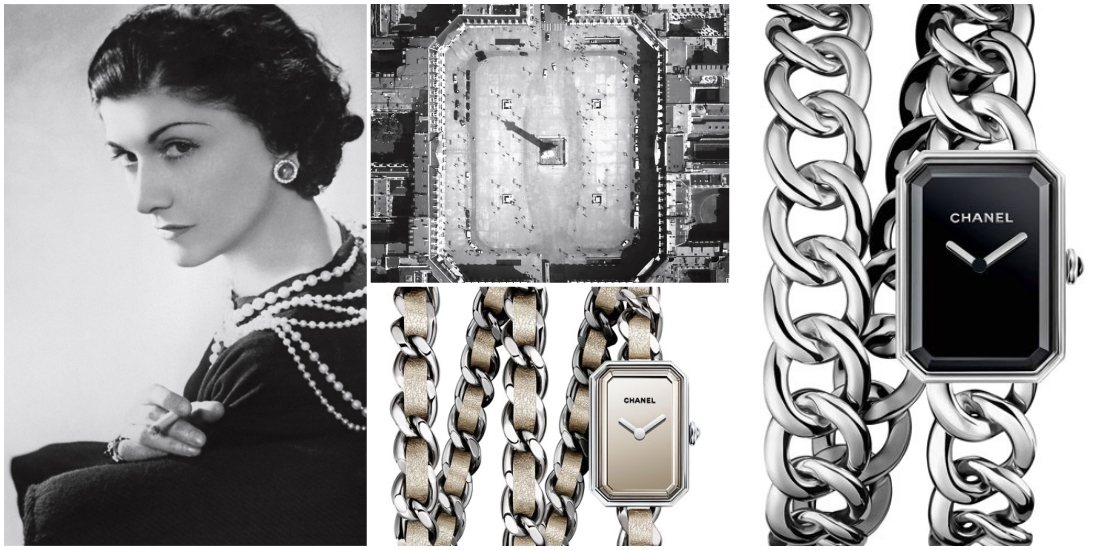 There’s always a first time. A first chapter in the story. The first day of the rest of your life. The one that marked Chanel’s arrival on the watchmaking scene took place in October 1987. Lighting up a rainy Paris that autumn, the stage entrance of the Première entrance heralded a real watchmaking springtime for Chanel. For 31 years, this dainty octagonal watch designed exclusively for women’s wrists has been weaving Chanel’s watchmaking history with a precious and timeless golden thread. Première is first and foremost a name. A reference to that which is achieved for the very first time. It is also the name given to the head seamstress of an haute couture atelier. When Chanel presented this tiny watch specifically made with women in mind, no one was expecting it. Nonetheless, although the Maison with its two intertwined Cs had never previously sought to extend its signature to encompassing the measurement of time, the launch of the Première was a natural continuation of the style codes instilled by Gabrielle Chanel. The exquisite sketch made by Chanel’s Artistic Director, Jacques Helleu, gave rise to a timelessly elegant watch featuring a shape inspired by the stopper of the N°5 fragrance, as well as by the Place Vendôme. The strap embracing the wrist was a fresh interpretation of the woven leather and metal shoulder strap of the 2.55 it-bag. And while a watch is made to tell the time, this one seemed to have been designed to transcend its functional purpose. The Première is a piece of jewelry and a fashion accessory in its own right.

Embodied by the fashion muse Inès de la Fressange ; subtle and refined on the wrist of French actress Carole Bouquet ; adopted by generations of women in love with the unique Chanel allure, the Première has been perpetually reinvented while losing nothing of its inherent splendor. In 2012, the collection was enriched by the Première Flying Tourbillon, in which this jewel was transformed into a fascinating expression of mechanical horology. While Chanel had called on the expertise of the movement developers, engineers and master watchmakers at Renaud & Papi in creating the caliber, the signature touch of the in-house design studio clearly governed the creative process. Finely crafted like metal lacework, a camellia evoking those Mademoiselle Chanel liked to wear on her lapel adorns the tourbillon. The latter beats steadily behind the scenes, while the petals of the flower with its diamond-pavé heart indicate the passing seconds. Hovering between poetry and technical sophistication, the Première appeared in a new guise in 2017, powered by the dainty and mesmerizing Caliber 2 : the second Chanel in-house mechanism entirely openworked and stylized to form a three-dimensional camellia bloom. Nonetheless, alongside such technical feats, the Première watch has for more than two decades remained a fashion queen that flirts with jewelry codes. In double or triple tour versions or as a glam rock iteration, enhanced by a metal chain or a bracelet inspired by the famous quilted-patterned Chanel handbag, Première continues to delight fashionistas – as it has done since that very first time.