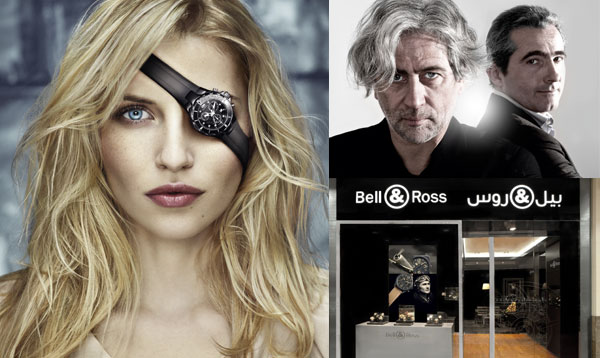 Bell & Ross is pursuing its international development by opening a fifth own-name boutique, this time in Dubai (Burjuman Centre). The brand’s most striking models will be on offer there, along with exceptional creations such as the BR01 Tourbillon.

One Rodolphe may in fact mean two

Rodolphe Cattin & Thomas Meyer presented the result of their first months of cooperation at Baselworld under the new company name Manufacture Rodolphe Cattin (created in December 2010), of which they are joint stakeholders along with two other private shareholders. The designer whose first name is a brand name belonging to the Franck Muller group, along with the former CEO of Aquanautic, had obviously not done things by halves, with two ladies’ collections and three men’s collections encompassing several dozen models.