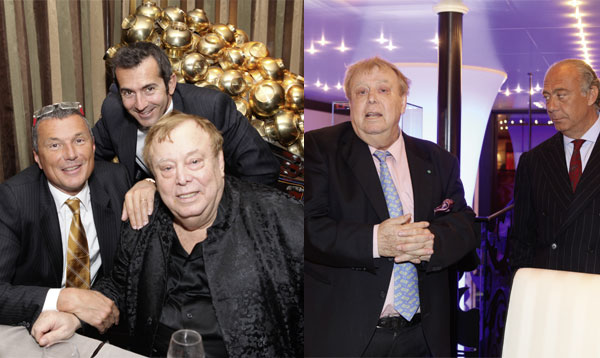 On that sunny afternoon of May 2011, Gabriel Tortella was once again surrounded by his family, a number of watchmaking movers and shakers (his second family), along with a number of individuals involved in the watch business, as well as his colleagues. An entrepreneur fired by an optimistic outlook and strong mutual affections, Gabriel Tortella has made a deep impact on Geneva, along the plains on either side of Lake Léman, and as far up as the Neuchâtel vineyards leading to the Jura plateau. Among the seeds he planted, those that have yielded most fruit are Antiquorum, the Geneva Watchmaking Grand Prix, the Tribune des Arts and Worldtempus. They have become significant landmarks on the watchmaking landscape, and he also had the wisdom to pass them on to people capable of ensuring the continuity of his work.

This past January he had summoned up the strength to invite an impressive array of CEOs to his birthday party, while awarding one of them the kind of prize for which he was famous and even managing to get all others present to applaud this honour. Although visibly tired at Baselworld, he still made an eloquent speech when handing over two distinctions on behalf of a throng of European journalists: the Prix de la Passion awarded to a major brand director, followed by the Watch of the Year Prize presented to another. The flame still burns, but who will pick up thetorch ?