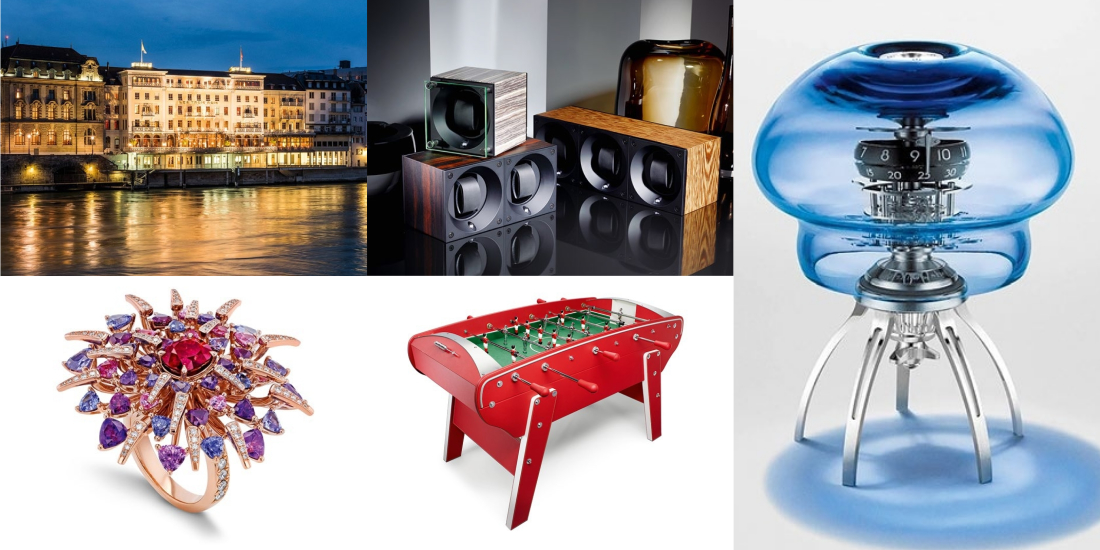 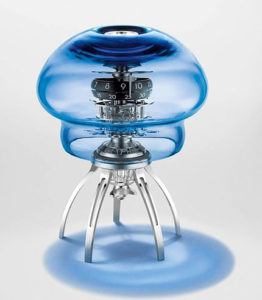 Whether ceiling-mounted or stand-mounted, available in three shades of Murano glass, Medusa embodies the 10th creature shared by MB&F and L’Epée 1839. Its mechanical heart beats continuously for a week, indicating the time on two rotating and luminescent rings. Endangered species : three limited series of 50 specimens ! 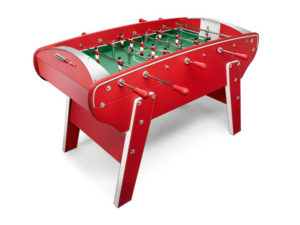 When one of France’s oldest table football manufacturers joins forces with Geneva’s oldest sheathing company, the leather-covered game becomes a unique design object, which can for example be tailored to match the color of its owner’s yacht. René Pierre has entrusted the Vaudaux craftsmen with the task of covering his fully personalized table football sets.

Pablo Picasso had taste, as evidenced by his visit to Chez Donati, one of the restaurants of the famous 5-star Les Trois Rois. Basel’s most popular palace hotel has designed a tailor-made Picasso package in his honor, including a visit to the Beyeler Foundation during its retrospective on the blue and pink periods of the young Picasso. His paintings and sculptures are thus visible until the end of May 2019. It’s time to treat yourself to a suite with a view of the Rhine (to be booked on lestroisrois.com), especially since its wine steward has just been elected Sommelier of the Year by the Michelin Guide.

In Swisskubik’s Masterbox collection, technology is interpreted in all sizes, colors and materials : aluminum, wood, leather, carbon fiber or granite, with or without glass. The intelligence and elegance of Swiss Made to pamper your automatic watches, with or without a configurator.

The biggest superyacht event in the Mediterranean is once again taking place in Palma to kick off summer from June 19th to 22nd, with three days of majestic regattas and VIP cocktails among yachting enthusiasts. A show that can also be admired from the St Régis Mardavall Mallorca Resort, partner of the Superyacht Cup in Palma.

Sponsor of artgenève, the Lucerne-based jeweler showered the Geneva art show with a torrent of colors by associating with the artist Athene Galiciadis, who drew inspiration for her “Stool” sculpture from Gübelin’s Red Dalhia. Adorned in variously colored sapphires and diamonds, this jewel contains a Burmese ruby at its heart, of which the spectacular interior life was revealed by microphotographs influencing the design of this High Jewelry creation. 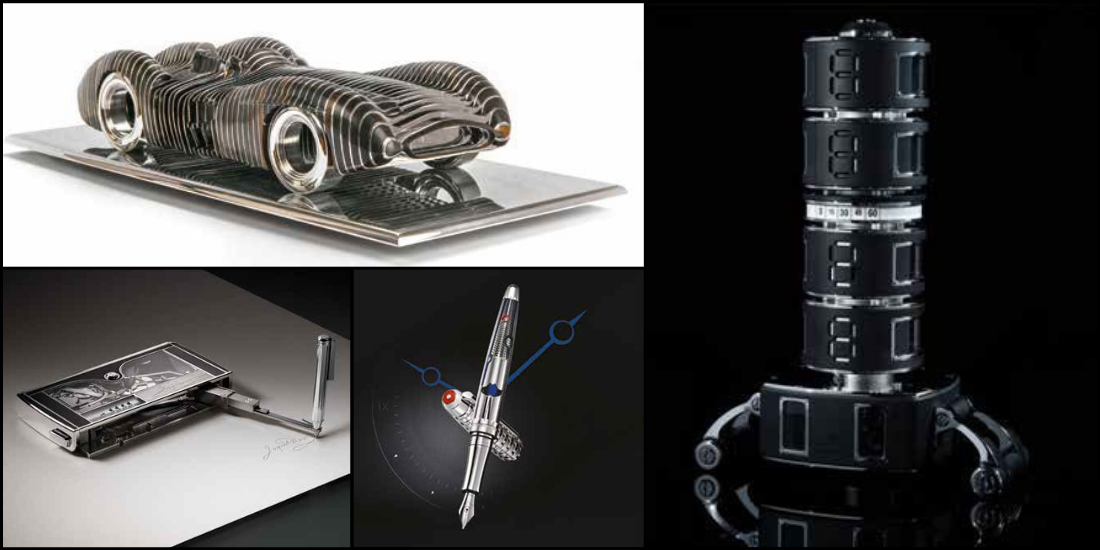