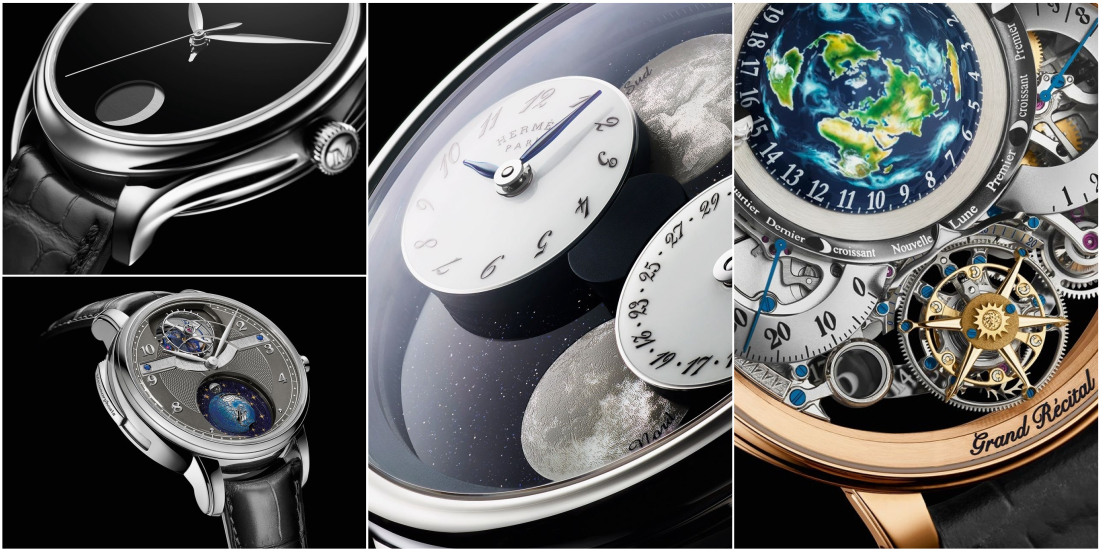 One of the oldest horological complications is experiencing significant evolution. Never before have we seen such sophisticated means of representing moon phases with varying degrees of accuracy. 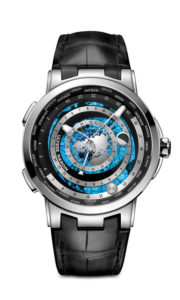 The moon fascinates us with its ever-changing face. Never the same two days in a row, it waxes, wanes, disappears, successively turning red, white or yellow as it interacts with the earth and the sun. In watchmaking, the moon-phase indication is likewise perpetually evolving. This complication is constantly renewed in terms of its functioning, its representation, as well as its poetic dimension, since our satellite remains deeply meaningful. Its symbolism, linked to the night, dreams, the cosmos – and therefore to our ability to surpass ourselves and move towards space – continues to inspire watchmakers, leading to an impressive crop of new moons. 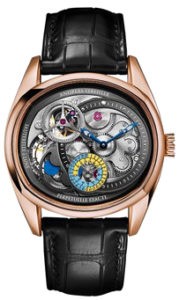 The aspects of the moon that most concern watchmakers are its age and the way it changes face. Its complete cycle, which separates two new moons, lasts on average 29 days 12 hours 44 minutes and 2.8 seconds. All these figures behind the decimal point are a challenge, almost a provocation, for people as keen on precision as watchmakers. There are thus several levels of accuracy for the moon. The most common ones regard a lunar cycle as corresponding to 29.5 days, calling for one manual correction per month. Precision moon phases accumulate a one-day error every 122 years, which requires a manual correction that only your offspring will be able to make. But if that is not enough, there are also some truly astronomical watches. The first is the Endeavour Perpetual Moon Concept by H. Moser & Cie. Reissued in a version with a Vantablack dial, blacker than the blackest night, its depiction of the earth’s satellite remains accurate for 1,027 years. And in an even wider orbit, Andreas Strehler has created his Exact Moon, accurate to within three hours and designed to provide a precise display for a stunning two million years – all without an excessive number of components or particular complexity. 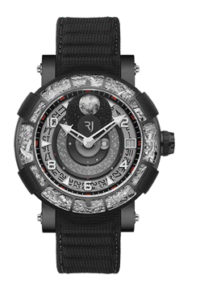 The means of displaying various complications occupy a restless, iconoclastic fringe of the watch industry, and there was no reason for the moon to escape its interest. The moon-phase indication is experiencing some particularly exciting times. Hermès offers a double display, with one for each hemisphere. It is indicated by the interaction between a meteorite dial background and a satellite orbiting over it. Formed by two globes, it hides the moon as it circles the dial. This orbital concept, which involves moving around the dial and not only appearing through a window, has also caught the attention of Bovet. In the Recital 22 Grand Récital, the moon rotates on its axis and around a 3D globe. A reading scale displays its phases, spelt out in words, as well as its appearance. This principle is also present in Montblanc’s Star Legacy Metamorphosis. In this new version of the brand’s model with two dials – hidden behind each other and revealed on demand – one of these faces represents the moon’s path around the earth. 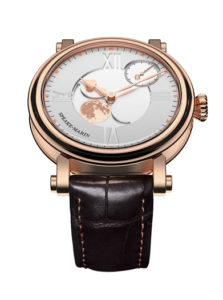 In a similar vein yet with a more space-going theme, RJ has just launched Arraw 6919 (a reshuffle of the digits corresponding to the first moon-landing year, 1969), in which a small lunar module rotates around the dial and on its own axis. It is the combination of these orbits that serves to display complication. This interaction became a trademark of Ulysse Nardin at a very early stage. The Executive Moonstruck Worldtimer represents the relative positions of the earth, moon and sun. This watch is therefore a map that looks at our solar system from above, a summarized representation that enables observers to visualize events such as eclipses. Like a portable astronomy class, on the wrist.

The moon phase on the tiny surface of a watch dial is a wonderful way of reducing events that occur on a cosmic scale to a proportion that makes them understandable. It also offers designers and watchmakers (the display is, after all, linked to precise mathematical calculations) a surprising amount of variety, as the models David has selected for us show. Head over to the lexicon on WorldTempus (using the QR code below) for a short explanation on how the different levels of precision in a moon phase are calculated and to see some other different interpretations of this perennial favorite among complications.

Innovation’s what you need