In the wake of Anonimo 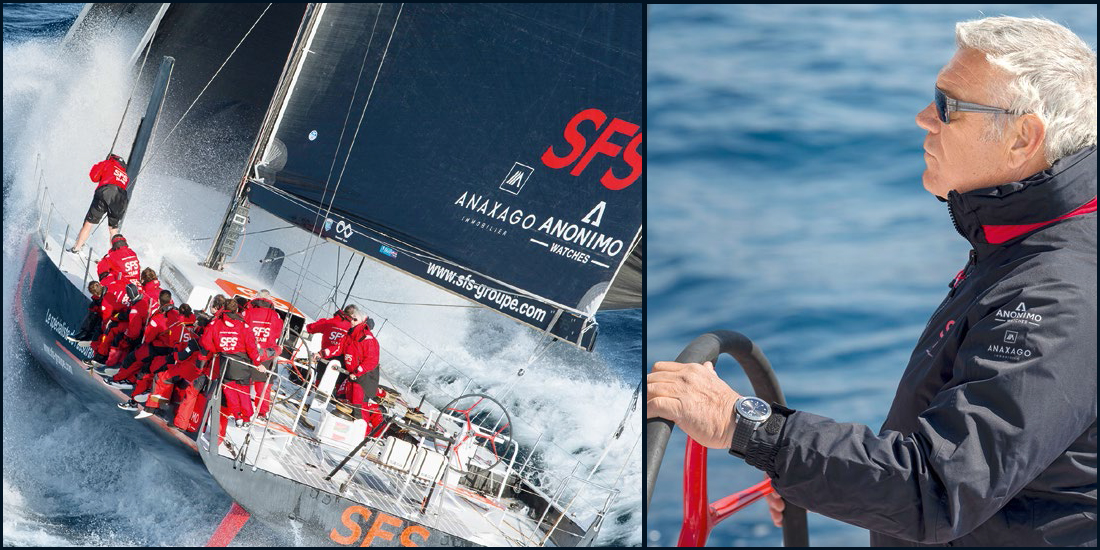 While the peak of the Matterhorn, symbolizing the link between Italy and Switzerland, has been the Anonimo emblem for several years, the brand draws its DNA from the sea and first made a name for itself from 1997 onwards through its diver’s watches designed for navy frogmen. The maritime universe also set the scene for the 2005 launch of its Nautilo collection, proudly sported by sailing enthusiasts looking for a watch with a powerful personality, starting with the crew of the TP52 Anonimo in 2006 and 2007. This particular type of carbon monohull craft represented the series of highend racing sailboats most sought after by the stars of the America’s Cup. A new generation of racing boats brings a new partnership, and Anonimo has now associated with the VOR70 SFS II, which notably holds the speed record for the round-the-world Volvo Ocean Race with stopovers. Its skipper Lionel Péan has an impressive international track record and wears the new automatic steel and titanium Nautilo Sailing Edition in an unusual 44.4mm diameter. A fine pairing that can be admired during the SFS Summer Tour between Bonifacio, Cowes and Saint-Tropez.