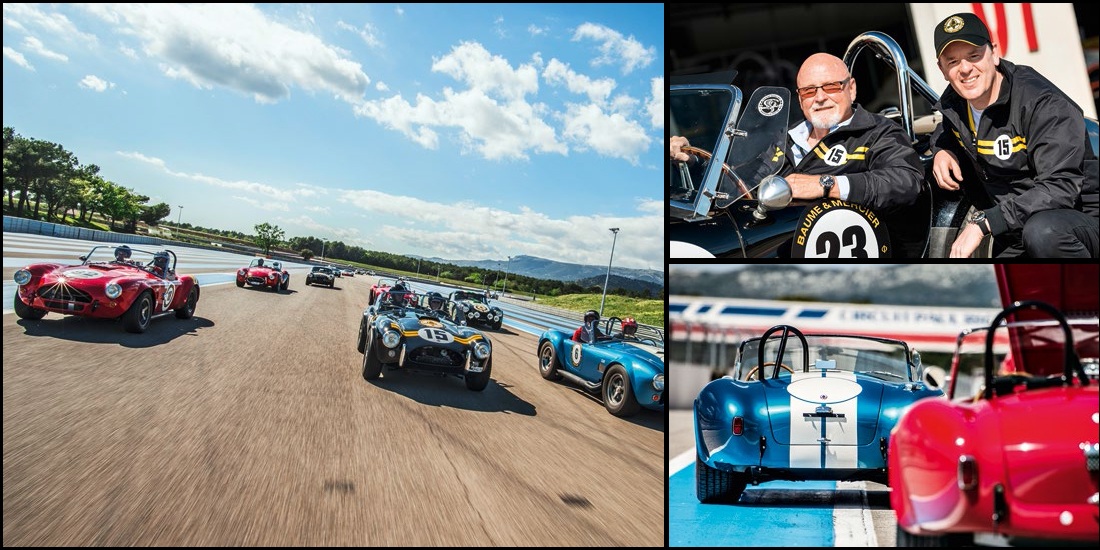 « Shelby Only », spotlight on the Cobra

To mark the launch of the Capeland Shelby® Cobra 1963, Baume & Mercier organized a major event hat appealed to devotees of racing cars as well as racing drivers. The “Shelby Only” first European meet of authentic Cobra cars, held on the famous Le Castellet circuit in the south of France, attracted a number of participants who enjoyed a chance to relive the effervescent mood of the grand Cobra racing era. In partnership with Carroll Shelby International and the Burgol workshop from Geneva, specializing in vintage cars, the event proved a great success. Collectors of the legendary Cobra were thus able to prepare their vehicles for the upcoming season, while guests had an opportunity to meet legendary driver Allen Grant as well as to chat with  representatives of the Maison Baume & Mercier which shares this spirit of competition. Four limited-edition chronographs were unveiled in tribute to the talented drivers who steered the Cobra CSX2128 to a number of podium finishes : Dan Gurney, Ken Miles, Dave MacDonald and Allen Grant.