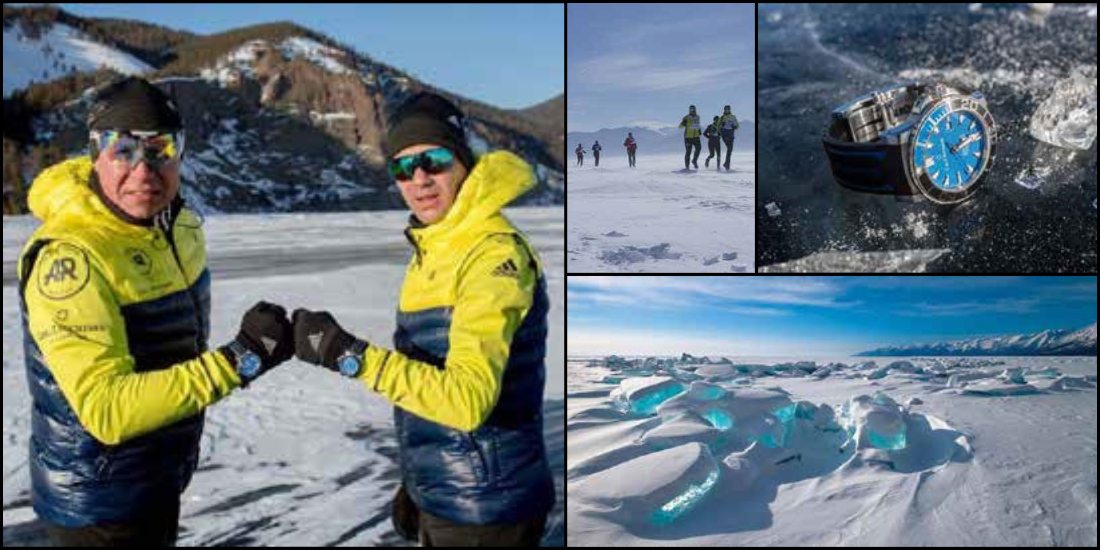 Running on water to preserve it

Laurent Lecamp, Executive Vice President Sales Carl F. Bucherer and Vladimir Voloshin, friend of the brand, renowned businessman and elite athlete, took part in an extreme race at the start of March 2017, each with a Scuba Tec firmly strapped to his wrist. The Baikal Ice Marathon is run between the two shores of the “Pearl of Siberia”, the world’s largest freshwater lake. This event is not only an individual trial of surpassing personal limits, but the marathon runners also compete for a good cause – protecting the lake – to which all registration fees are donated and that Carl F. Bucherer also supports by participating in the event. Although the particularly harrowing conditions prevailing during this particular edition on the frozen Lake Baikal forced organizers to cut it short for security reasons, hearty congratulations are due to all those who were on the starting line !