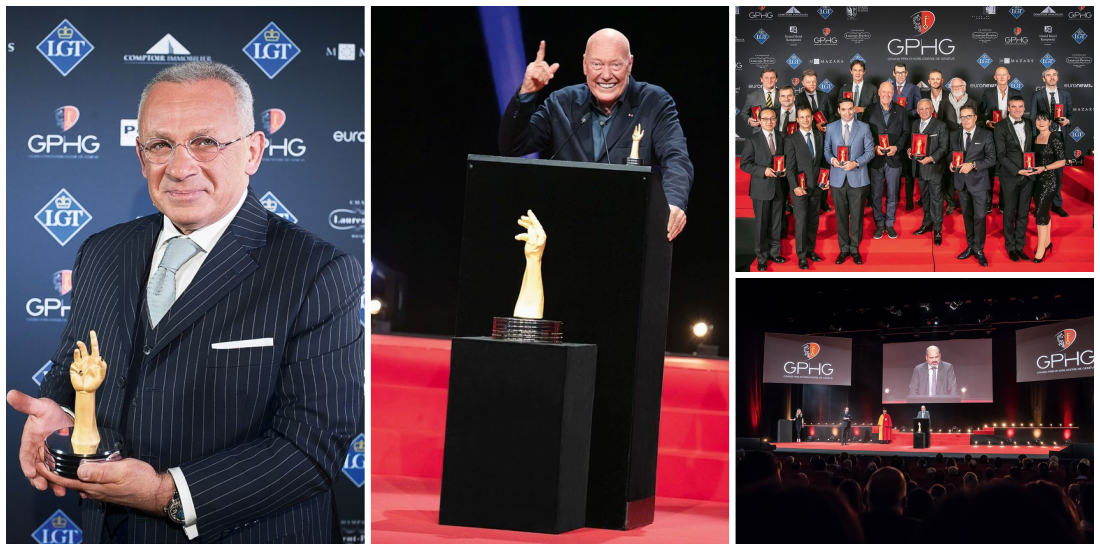 The jury rewarded the exceptional

There was no shortage of emotion and surprises at the 18th Grand Prix d’Horlogerie de Genève, which took place on November 9th at the Théâtre du Léman and was broadcast live on worldtempus.com. In carrying off the “Aiguille d’Or” Grand Prix, Bovet was rewarded both for its extraordinary Récital 22 Grand Récital and for its perseverance, after seeing its models nominated at the GPHG for more than ten years. Generally speaking, the jury showed a preference for exceptional timepieces and niche or independent brands rather than brands belonging to major groups. Van Cleef & Arpels shone by winning two prizes for its ladies’ watches (including a oneof- a-kind model), while Chanel, Hermès, Vacheron Constantin and Seiko also found favor with the international jury. Bulgari was one of the favorite candidate brands with five selected watches (in itself a record synonymous with success) and was sometimes surprisingly pipped at the post. Two personalities elicited a particularly enthusiastic reaction from the 1,300 spectators, indeed symbolizing a bridge between generations : Rexhep Rexhepi, watchmaker and founder of the Akrivia brand, which won the Men’s Watch Prize ; and Jean-Claude Biver. The entire gathering stood up to salute the talent and career of LVMH’s non-executive Chairman of the watch division, who gave a moving speech punctuated by tears and bursts of laughter. Finally, GMT is proud and happy about the award received by its co-founder Pierre Jacques, now at the head of De Bethune, winner of the highly significant Chronometry award for the DB25 Starry Varius Chronomètre Tourbillon.

Expert analysis and video available in the GPGH dossier on worldtempus.com