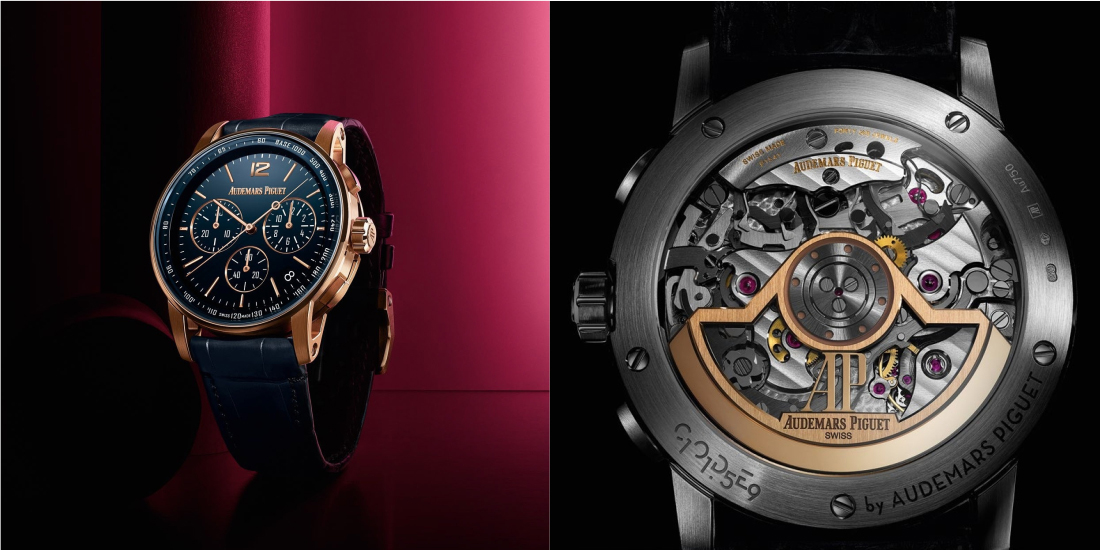 The excitement of the SIHH is still simmering, and we are already delighted to have had the opportunity to test one of the most talked-about new models introduced at this grand Geneva happening. The SIHH had not even officially opened its doors before a media storm arose around the new collection from the Le Brassus-based brand. Such an event for the Maison, which had thus far essentially depended on its iconic Royal Oak, was bound to stir a range of emotions and many have indeed been expressed. Critics and fans have let rip on social networks to defend their points of view. Let’s now allow the dust to settle and try to offer the most objective and pragmatic possible viewpoint so that each of you can form your own opinion of this collection and the object of this particular test bench, the Code 11.59 Chronograph.

It was definitely the exterior of this collection and its design that sparked the most reactions. At first sight the watch is round, but a closer look at its edge reveals that its design is more complex than it seems. The pro-eminent caseback and bezel are circular and their sides are satin-finished like that of the caseband. The latter features the characteristic octagonal shape of the Royal Oak collection. Does this reflect a lack of inspiration or, on the contrary, an intelligent choice seeking to establish a style signature ? Everyone will have their own answer and the future will reveal whether or not this is a judicious choice. Two broad polished chamfers between the case middle and, respectively, the bezel and the back, ensure well-groomed elegance. The cut-out lugs are in line with the logic of the style and harmoniously extend the case, rather than being revolutionary. Concerning the latter, featauring an ideal 41mm diameter, it is worth noting a detail that is almost imperceptible but which nevertheless establishes the identity of this collection. The round glass is double-curved along two different radii. The radius of curvature of the horizontal axis (9 – 3 o’clock) is indeed much smaller than that of the vertical axis (12 – 6 o’clock). The hands and hour-markers stand out in a delicately refined manner against the splendid blue lacquered dial of our model. So while this design is not a revolution in itself, it perfectly matches the identity of the brand from the Vallée de Joux and corresponds both qualitatively and stylistically to what can be expected from such a collection.

The new Caliber 4401 is a selfwinding flyback chronograph movement powering an instantaneous date display in addition to the traditional indications. The controls are driven by a column wheel and the mechanism is regulated by a balance oscillating at a frequency of 28,800vph. The finishes are in line with Audemars Piguet’s latest calibers and with Fine Watchmaking quality standards. The power reserve meets current norms with 70 optimal hours of operational autonomy.

This chronograph is perfectly on-trend. If the collection manages to find its place alongside the great Royal Oak family, then the technical relevance, style and judicious sizing of this model mean is destined for a bright and enduring future and could well become one of the brand’s new spearheads. Our measurements revealed chronometric results matching Haute Horlogerie standards and technical choices such as the column wheel and a conventional chronograph drive should guarantee reassuring reliability. While the results measured are certainly a little too negative in our opinion, this is a model that had “undergone” the stresses and strains of the SIHH and the closely grouped results are therefore totally reassuring.

The ergonomics of the case offer optimal comfort and the power reserve was systematically measured beyond the 70 hours announced in the technical data sheet. Legibility is admittedly not optimal. All the hands are thin and the chronograph function hands are not differentiated from those displaying the time. Some may regret that, but it clearly stems from a deliberate choice to favor overall aesthetics over readability. Finally, one notes an almost endless free travel of the chronograph pushers before one feels them coming into contact with their respective levers. Although this could be seen as a minor detail, it is not really worthy of Fine Watchmaking and could generate inaccuracies of a few hundredths of a second when the chronograph is started and stopped. A detail that could easily be improved and corrected for series production.

Finally, the flyback function is extremely appreciable, albeit more for its security aspect than for purely functional reasons – for while no aircraft pilot actually uses this function nowadays, it offers the advantage of avoiding breakage by accidental (and unintentional) resetting while the chronograph is in operation.