The Autavia is back on track 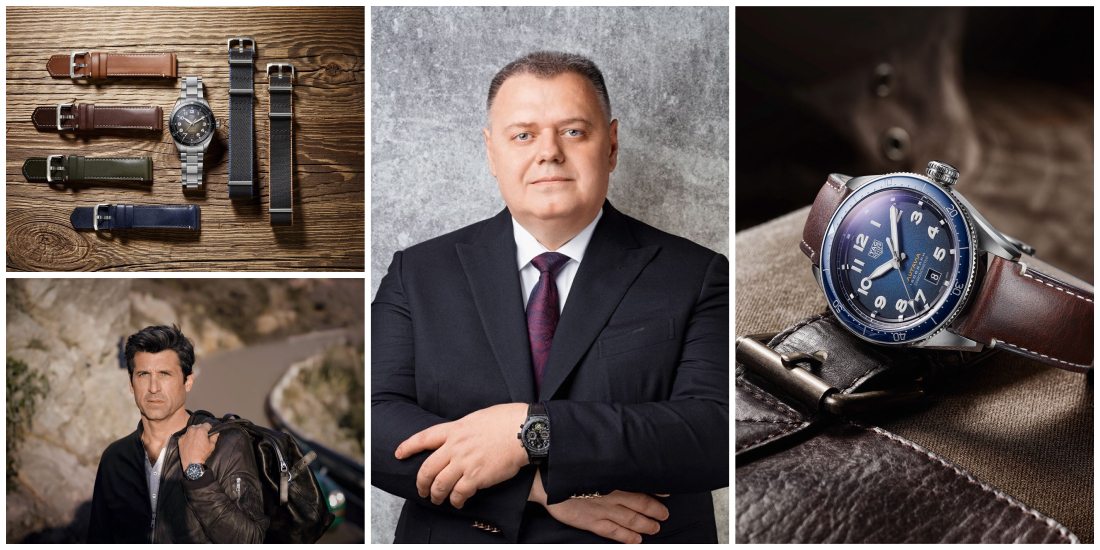 From 1962 to 1985, Autavia accompanied the finest hours of motor racing. TAG Heuer is now relaunching this high-performance champion by introducing a complete dedicated collection distinguished by sleek design and a powerful ‘engine’ driven by the new carbon composite hairspring developed by the TAG Heuer Institute.

Its name evokes an entire era. The effervescence of the paddocks in the early 1960s, the palpable excitement at the start of rallies, the enthusiasm of the drivers, the exhilaration of speed, the roaring engines and the smell of fuel… Racing, sporting performance, winning : therein lies the very raison d’être of the historical Autavia. Before being a watch that was acclaimed by the world’s best drivers, the Autavia appeared on racing car dashboard and aircraft instrument panels from 1933 to 1957, hence the singular name combining the terms ‘automobile’ and ‘aviation’. As Jack Heuer recalls in his autobiography titled The Times of my Life. “In 1958, during my first year at Heuer, I participated in two Swiss car rallies. In the first rally I was driving and it had been a good experience for me and in the second one I took over the role of co­driver, partly because I was quite good at map­reading thanks to my time in the scouts. We were doing fine until, close to the finish, I misread the dial of the Heuer 12­hour ‘Autavia’ dashboard stopwatch and the result was that our team came in third place instead of first. This error infuriated me.” Back at the factory, Jack Heuer rushed to start work on a new Autavia dashboard clock, before turning it into a wrist chronograph in 1962, equipped with a rotating bezel and large luminescent numerals to best meet drivers’ needs. “Looking back, I can say that the Autavia chronograph was the first wristwatch I personally created for the company. Immediately recognizable and perfectly readable in all situations, the Autavia quickly became a must­have for racing drivers until its production was discontinued in 1985. However, collectors have never forgotten it and nor has TAG Heuer which, after a limited­edition return of the model worn by Jochen Rindt in 1966, is now reviving the legend of the Autavia by devoting a complete collection to it.

Combining functionality with a strong sporty look, all the attributes that appealed to racing enthusiasts in the 1960s are reflected in the seven new references of the Autavia collection. They also feature an aura of contemporary elegance with a retro twist, ensuring they are perfect for wearing in all circumstances. The first distinctive feature is a 42mm round steel or bronze case extended by beveled lugs similar to those of the historical models. The second asset is a bidirectional rotating bezel adorned with a 60­minute scale and available in steel or black, and blue or brown ceramic for the bronze versions. As far as the dial is concerned, legibility is ensured even when night falls, thanks to the large numerals and hands adorned with Super­LumiNovaTM, colorfully enhanced with a beautiful palette of smoky black, gray, blue, brown or green shades. This resolutely vintage model is fitted with an interchangeable light or dark brown calf leather strap on the steel versions, and khaki or brown for the bronze models.

BACK TO THE FUTURE

While the Autavia is firmly rooted in the history of TAG Heuer, it is also the modern­day heroine of a technological epic that is charting a course for the future. At its heart is the famous automatic Calibre 5 equipped with a brand­new carbon composite hairspring. The dial bears the inscription ‘Isograph’, from the Greek iso which means ‘equal’, in reference to the stable and regular movement of the component, enabling the new Autavia models to mark off time with formidable efficiency. This revolutionary hairspring was developed by the TAG Heuer Institute based in La Chaux­de­Fonds. On its premises, one should not expect to meet watchmakers in white coats toiling patiently at the workbench. Experienced mathematicians, outstanding physicists, engineers : this new laboratory directed by Guy Sémon is composed exclusively of international scientists whose combined skills aim to broaden the horizons of mechanical watchmaking through technological innovation. As Sémon explains : “The Institute works mainly in two areas. The first takes an interest in solid­state physics through research on amorphous and crystalline alloys. The second deals with flexible mechanisms and the physics of nanoparticles.” When asked why TAG Heuer decides to tackle the hairspring, the regulating organ that governs the precision of the watch, Sémon responds : “All brands have been using the same technology since Christian Huygens invented it in 1675. A quick look at the market shows that the hairspring is currently available in metal – either elinvar or silicon – and that these two materials have flaws : sensitivity to magnetism and gravity for elinvar, and low impact resistance in the case of silicon. Within the Institute, we have explored new ways to modify and improve this very ancient mechanism, including through the development of a new material that TAG Heuer is currently the only brand to use but which we hope to extend to other applications very soon.”

The development of this new type of hairspring required several years of research. “In concrete terms, one must imagine an atomic mixture of two allotropes of carbon : an amorphous carbon on the one hand, and a graphene on the other. Produced at very high temperatures from natural gas, our carbon composite is extremely homogeneous and has all the desired characteristics,” says Sémon about the secret formula concocted by materials experts using machines specially designed for the production of the carbon hairspring, including a chemical reactor developed by the TAG Heuer Institute and manufactured in the United States. “We have in our lab the only two machines existing in the world capable of producing our unique carbon hairspring”, he adds.

The results are extremely promising. This ultra­light and low­density hairspring is first of all insensitive to gravity and impacts, as shown by the resistance tests carried out by the laboratory. When a 5000g/1m drop occurs on a hard surface, metal hairsprings bend and silicon hairsprings break, while carbon composite hairsprings remain intact. This new hairspring also ensures perfectly concentric oscillations thanks to its geometry. In addition, it is produced with a pre­attached collet, thus avoiding the need for complex assembly work in fitting the hairspring onto the balance­wheel, which is a further source of inaccuracies. The carbon composite hairspring is also totally non­magnetic, without forgetting its perfect aeroelasticity and optimal thermal behavior. All these are important assets in ensuring that the Autavia achieves exemplary precision and chronometer certification. Because for its return to the track, this queen of racing circuits is still all about performance. With such a traveling companion, it is likely that Jack Heuer could have reached the highest step on the podium.