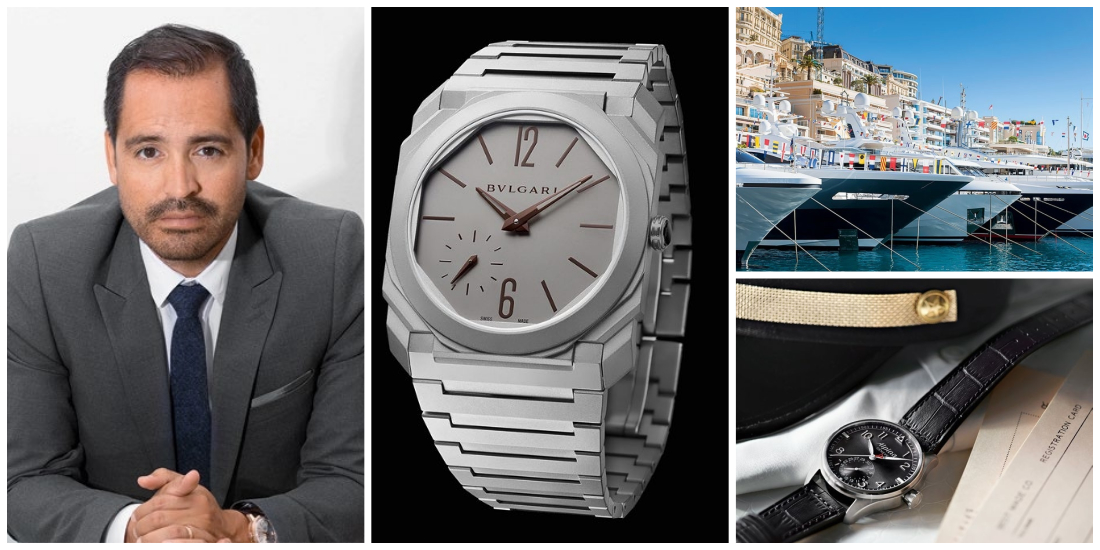 The September program notably features a limited series of 12 titanium Octo Finissimo watches and Only Watch at the Monaco Yacht Show.

As the first international watch club based in Switzerland, the Fine Watch Club had announced its launch for the summer of 2019 and is keeping its promises. After a series of exclusive events taking place every month since Baselworld, the opening of its weekly private sales will take place in September for thousands of members already enrolled since last autumn.

From September onwards, members will be offered a weekly private sale of four different types :

2. Event, for example a VIP Manufacture visit or an exclusive watchmaking event ;

3. Mystery, for example an accessory related to watches, a watchmaking experience or a piece of jewelry ;

4. Privilege : the club’s managers use their contacts to delve into the back drawers of watch Manufactures to find models that are no longer available on the market, but whose intrinsic value they still recommend, and for which they have been able to negotiate for their members a price reduced by at least half.

The Fine Watch Club undertakes to give its members access to one offer per week, without systematically having to provide each month all four types of offers (for example there could be two Event offers in the same month instead of one of the other three). Each private sale is limited in time (members have one week to decide, after which they are no longer available), and in quantity (for example only 12 of the titanium Octo Finissimo Automatic by Bvlgari).

GMT readers will appreciate the choice of the inaugural series of the Fine Watch Club, headed by Julien Haenny. It is none other than the world’s thinnest automatic watch, winner of the Men’s Watch Prize at the Grand Prix d’Horlogerie de Genève in 2017 : the Bvlgari Octo Finissimo Automatic in titanium. Only 12 of these watches in a version created exclusively for the Fine Watch Club will be available, meaning Platinum membership is preferable (see below) for anyone hoping to snag one of them. There is talk of iconic collections by Zenith and TAG Heuer for the subsequent limited series. As far as the Event private sale is concerned, the Fine Watch Club will be organizing a two-day full-immersion experience at the Monaco Yacht Show, including a chance to get a preview of the roster of watches to be featured in the biennial Only Watch auction, along with the limited series dedicated to it by its sponsor Ulysse Nardin, as well as visiting a super yacht and the Monaco Yacht Club. Diversity is the name of the game in the first Privilege sale, with watch creations from an iconic century-old brand, winner of multiple GPHG prizes. Julien Haenny has selected 12 models from three collections for women and men, bringing together a total of about fifty pieces at particularly attractive prices. Only members will have access to these. October will bring a change of scene with much sought-after rare models unearthed in the drawers of the Manufacture Alpina.

THE ADVANTAGES OF PLATINUM MEMBERSHIP

While it is possible to sign up for free with the Fine Watch Club by providing a certain amount of information and thus obtain 3 Hand status, the most motivated members will prefer to opt for Manufacture or Platinum status. Manufacture members have access to the offers 24 hours before others and bene- fit from advantages with many partners, for an annual fee of only CHF 98.–. Meanwhile, Platinum members are considered as the super VIPs of the Fine Watch Club. Not only do they enjoy fast-track access to offers one week before others, but also participate in the process of creating future limited editions by being consulted on the choice of brands and personalization. All this for an annual contribution of CHF 480.–, deductible from their first limited-series purchase.

A FREE SECOND YEAR OF MEMBERSHIP FOR GMT READERS

As a media partner of the Fine Watch Club, GMT is offering its readers a complimentary second year of membership, regardless of the chosen status. To receive offers every week and ensure that you have at least one watch to your liking and means (since there will indeed be something for every budget), or to participate in a watchmaking event in Switzerland or the rest of the world as a VIP, sign up on fine-watch-club.com using the discount code GMT2019 by September 30th 2019.