Bomberg : What’s with my skull? 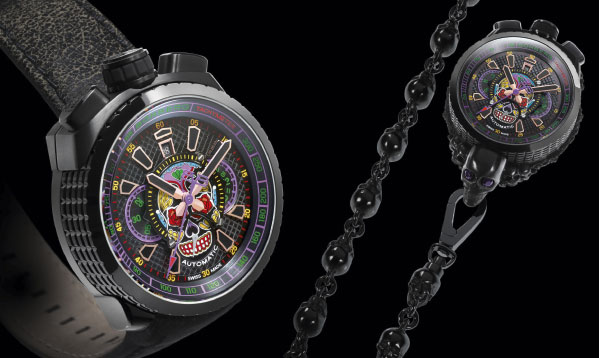 Epitomizing the colorful credo of this youthful Swiss brand born in 2012, the offbeat and slightly provocative approach of its two collections is reflected in its advertising campaign depicting a bulldog or a chained naked woman and bearing the slogan “Be the boss” or “Toys for boys”, doubtless not to be taken literally. The less basic but equally effective visual impact of the modern crown and pushers at noon, as well as the notched sides of the generously sized case infuse Bomberg’s BOLT-68 Automatic Chronograph with a powerful personality that is also revealed through a few other surprising elements. Its patented bayonet system with safety catch enables its owner to easily transform the wristwatch into a pocket watch, whose intrinsically ostentatious nature is enhanced by a sturdy chain featuring skulls entwined with the links and oversized snap hooks. The colorful fluorescent accents on the dial and the tachometric scale make a strong contrast with the black exterior of this limited-edition model. We promise it does not bark… 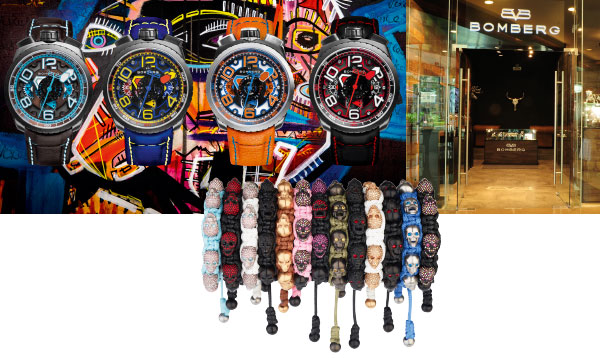