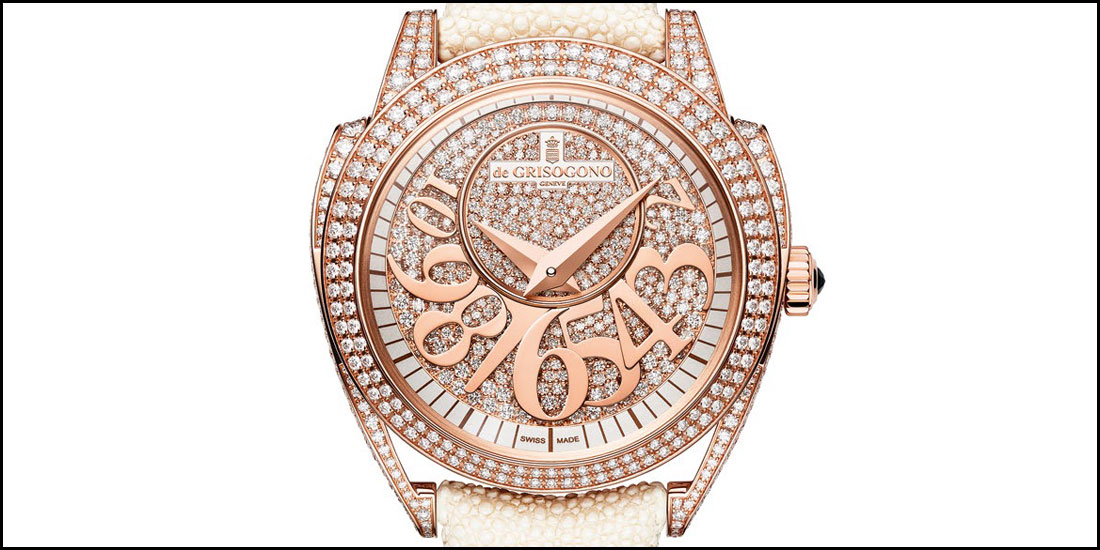 Women’s watch collections from de Grisogono feature more square watches than round ones, as confirmed by a glance at the Allegra, Sugar and Lovivi models, to mention only the exclusive feminine creations. The majority of them also flaunt dials free of any hour numerals. Is it because it has a resolutely round case and eight unusual numerals that the new de Grisogono collection is named Eccentrica ? Or because the design of this new model is based on several off-centered and nested circles of varying diameters, giving the watch an asymmetrical architecture stretching all the way to its lugs ? Perhaps for both these reasons. But it is doubtless the artistic layout of the pink gold Arabic numerals, so elegantly exuberant and applied in several layers so as to create a depth effect on the dial, that endows the watch with the ultimate touch of extravagance cherished by the brand founder Fawaz Gruosi. Nonetheless, despite its originality, Eccentrica is immediately recognizable as a de Grisogono, with its entirely diamond-paved dial, its galuchat strap as well as the black diamond adorning its crown. In the words of Fawaz Gruosi : “Creative design is about constantly reinventing oneself while remaining true to one’s identity.” A motto proudly epitomized by the Eccentrica.