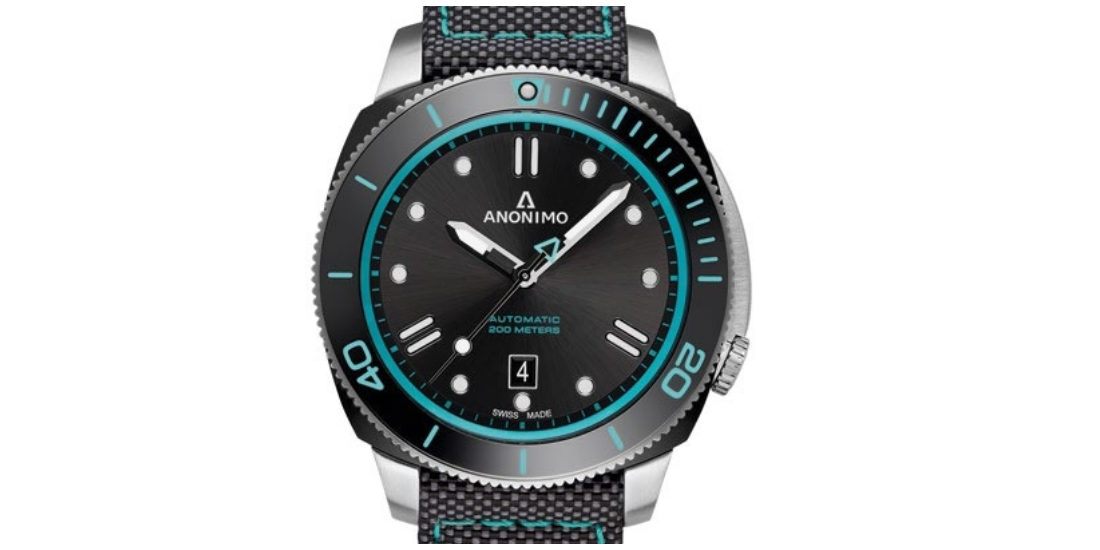 In 2018, Anonimo served for the fourth time running as official timekeeper for the Leopard Racing Team competing in the Moto3 world championship category which offers young drivers a springboard towards Moto2 and MotoGP. At the end of 2017 in Valencia, newly crowned Moto3 World Champion Joan Mir presented the first Nautilo Leopard watch by Anonimo, adorned in Leopard’s turquoise blue and black colors. The two new 2018 Leopard Team drivers wore the watch this season, although they were unable to match Mir’s performance. Will the 2019 Nautilo Leopard limited edition, unveiled in November in Milan, bring them more luck next year ? Issued in a 97-piece series, it flaunts the Leopard blue on its unidirectional bezel even more boldly than before, as well as on the large 20 and 40 numerals. The color also adorns the inner bezel ring, the minute track on the dial as well as the counterweight on the sweep-seconds hand shaped like the Anonimo logo. A sturdy, high-performance model evoking the Honda bikes driven by the Leopard Racing team, the stainless steel and DLC Nautilo also features an extremely precise mechanical ‘engine’: the Swiss Made self-winding SW 200-1 movement. The fireproof strap and Leopard engraving on the caseback complement the sporting look of this model.