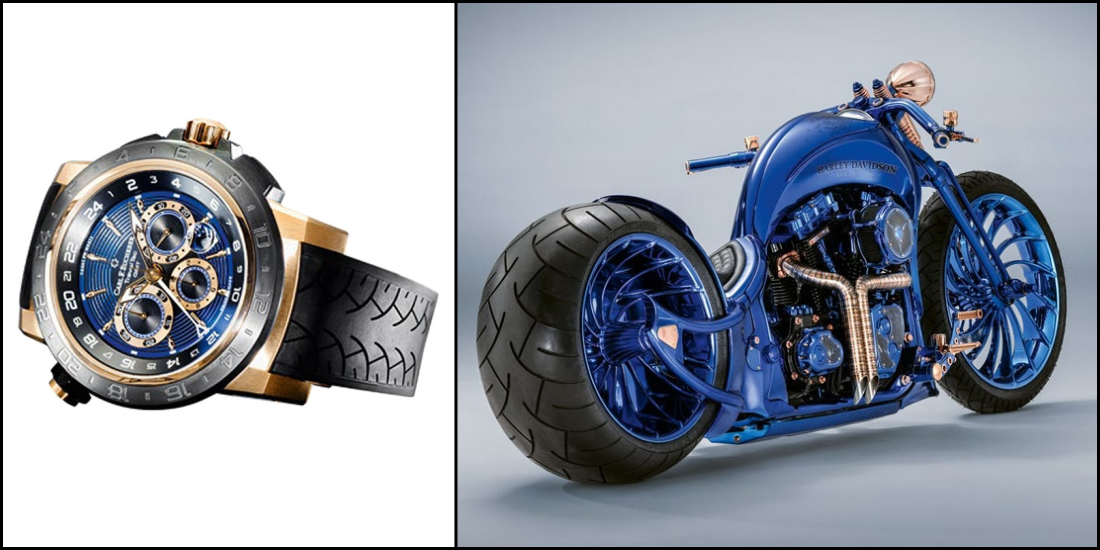 The most powerful ever Blue Edition

Carl F. Bucherer, Bucherer and Bündnerbike are the three driving forces behind the Harley-Davidson Blue Edition. Until now, the Blue Edition collection by Bucherer was naturally composed of watches only, exclusively made in conjunction with 17 watch brands (check them out on wordltempus.com), including Carl F. Bucherer. Unveiled in Zurich this May, this one-of-a-kind two-wheeler is a triple world first : the world’s most expensive motorbike (CHF 1.888 million in a reference to the founding date of Bucherer) ; the first motorbike to be equipped with an Haute Horlogerie watch and set with precious stones ; and the only motorbike to feature an engine lit up from within to provide an admirable view of its inner workings. Eight artisans and engineers devoted more than 3,000 hours to crafting it by hand : steel, leather, diamonds, gold and silicon adorn the 100hp of this extraordinary feat of mechanical workmanship, which also contains two built-in safes – including one with an armored glass dome. The Harley-Davidson Blue Edition not only comes with diamond rings on its forks, hand grips and one half of the petrol tank, but also with two Patravi Travel Tec watches by Carl F. Bucherer, featuring a unique design inspired by motorbike design codes, of which one is actually integrated within the structure itself. 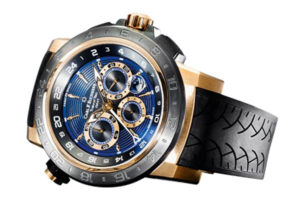 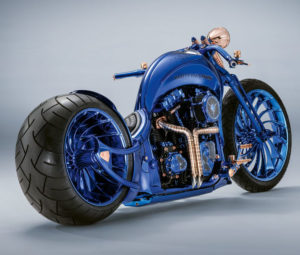