BAUME & MERCIER : from track to wrist 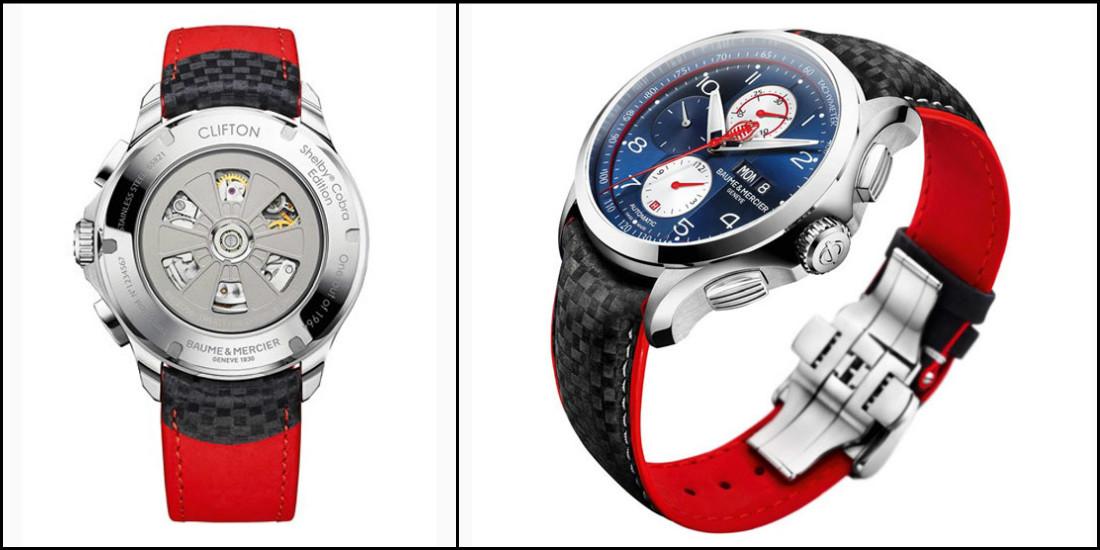 STRAP : “All Road” calfskin embossed with a carbon-like pattern and a soft rubberized red calfskin lining, secured by a triple folding buckle

Pursuing its partnership with Caroll Shelby Inc. that began in 2015, Baume & Mercier enriches the Shelby Collection with a third special series inspired by the Shelby Cobra Daytona Coupe, which in 1964 became the first American car to win the 24 Hours of Le Mans, and also racked up a number of speed records. For this 2017 vintage, Alexandre Peraldi, Director of the Maison’s in-house design studio, joined forces with Peter Brock, the creative talent behind the legendary car, in designing two 1,964-piece limited series. Available for the first time as part of the Clifton line (and not the Capeland as with the two previous editions), the Clifton Club Shelby® Cobra 1964 is entirely in line with the distinctive aesthetic of the Daytona Coupe : silver-colored or Daytona blue dial, chronograph pushers shaped like the foot pedals, chronograph seconds hand bearing the iconic red Cobra logo, and an oscillating weight designed like Daytona wheel rims. With the Clifton Club Shelby® Cobra 1964, the analogy between fine automotive and horological engineering roars at full throttle.