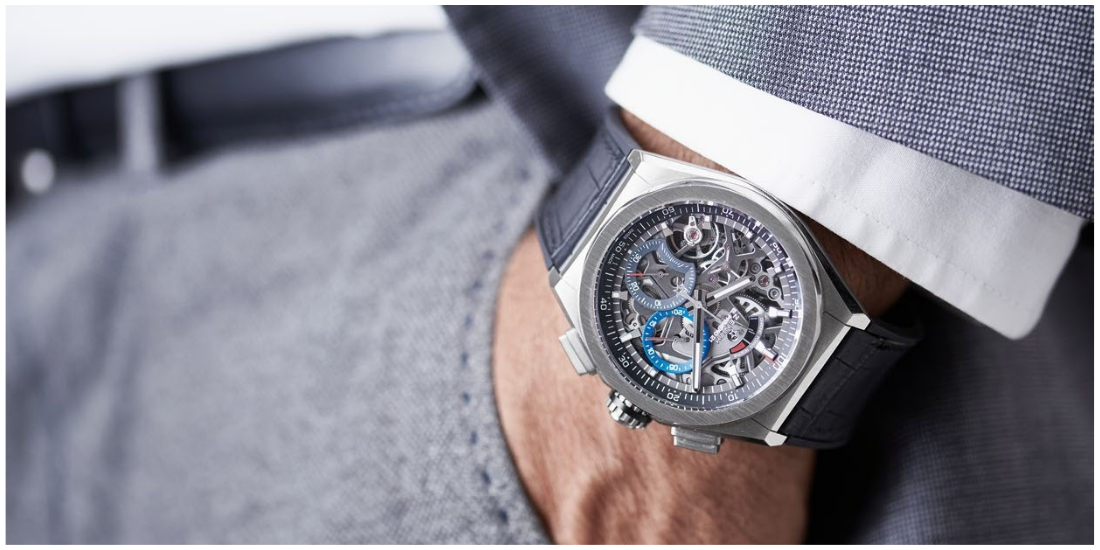 Titanium and hundredths of a second

Almost half a century after its launch, the famous El Primero movement developed by Zenith and distinguished by its tenth-of-a-second precision took a quantum leap last year. Years of full-on R&D have enabled the Manufacture (which has passed the 150-year mark) to transform its iconic caliber, while also offering it in a whole new collection. The self-winding El Primero Caliber 9004 powering the Defy El Primero 21 model – available since this summer in brushed titanium – offers hundredth of a second accuracy. Immediately identifiable by a look far more modern than previous generations of Zenith chronographs, the Defy El Primero 21 (standing for 21st century) proudly and effectively displays its accuracy via a seconds hand rotating in one second around the inner bezel ring graduated from 1 to 100. The complexity of the openworked dial and its ruthenium hour-markers reinforce the sophisticated appearance of this chronometer- certified distillation of innovation, notably featuring a chronograph escapement oscillating at the rate of 360,000 vibrations per hour. A model clearly destined for fans of top-rate performance.