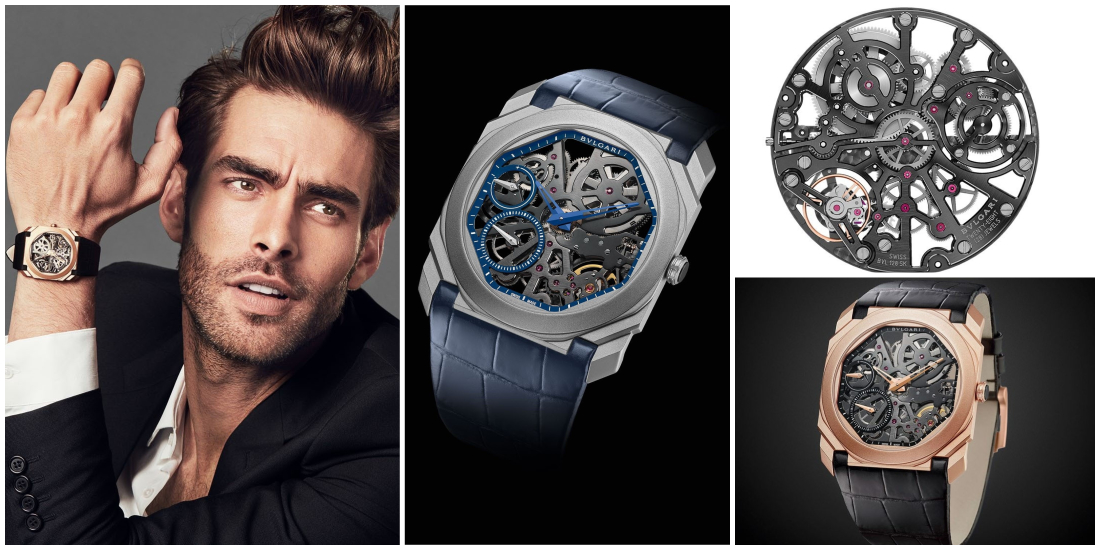 The Octo collection is enjoying growing success across the broad spectrum it encompasses. This recognition is doubtless due to its iconic design, but in 2018 aesthetics is not the be-all and end-all. Bulgari has in fact remarkably enhanced its watchmaking credibility over recent years, to the point of achieving almost unanimous acclaim among customers, collectors and watch industry professionals alike, who regularly salute the brand’s horological respectability coupled with Italian elegance. Witness its five watches selected at the GPHG 2018 : a record ! We were thus particularly curious to examine a Bulgari for the first time in this column : the Octo Finissimo Skeleton.

This modern interpretation of squaring the circle represented by the Octo case appears to have taken the essence of varied or even antagonistic styles and eras and combined then in an astonishingly symbiotic manner. While some will see Art Deco and others baroque influences, the aesthetic is undeniably strong and impactful. Perhaps the most surprising aspect is the ratio between the size of the cases in this collection and their extremely compact nature. This is all the more striking in the skeleton model featured in this test with its ultra-thin case in beadblasted red gold measuring 40mm along the side and a mere 5.15mm thick. Casing-up via the bezel contributes to saving several tenths of a millimeter. The smooth integration of the strap despite this slenderness, along with the ceramic plate set in the crown center, testify to the care lavished on the development and construction of the case. The skeletonized movement naturally reveals its secrets between two round flat sapphire crystals.

Caliber BVL 128SK – Finissimo is a mechanical hand-wound movement driving central hours and minutes hands as well as small seconds and a power-reserve display on the left-hand side of the dial. Its single barrel maintains the balance-wheel oscillations at a frequency of 28,800 vph for 65 hours. Measuring just 2.23mm, this mechanism has been generously openworked, an exercise undertaken by the Bulgari technicians with considerable intelligence. Transparency rules, yet without structurally weakening the movement by this “show-all” approach. The daintily shaped openings reveal no trace of interior or exterior angles, thus contributing to the attractive price of the watch without being detrimental to its appearance. The openworking of this caliber is built around 12 spokes serving as veritable hour-markers and creating a perfect balance. Their surface is circular satin-brushed and galvanized in an anthracite shade of gray, probably by black rhodium-coating.

The quality of the chronometric results measured gives a clear idea that this caliber has been trimmed down without compromising its precision and reliability. Whether skeletonized or not, this movement is destined for a promising and lasting future. Winding is quick and smooth despite its small-size crown. This watch is so comfortable on the wrist that you tend to forget you’re wearing it. 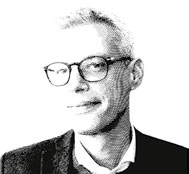 With this Octo Finissimo Skeleton, the Bulgari watchmakers express the full extent of their talent and intelligence. They have succeeded in keeping their commercial goal in mind and achieving a competitive retail price without making any aesthetic or chronometric sacrifices. During the days spent with this watch, the reactions were consistently passionate and split. People love it or hate it. And as we often say in this column, that is a sure sign of an uncompromising design. You can’t please everyone without watering down identity – and that of this Octo Finissimo Skeleton is as distinctive as it is unique. This test bench has indeed served to gain a keener awareness of the legitimate enthusiasm expressed by both amateurs and professionals for Bulgari in general, and for its Octo collection in particular.