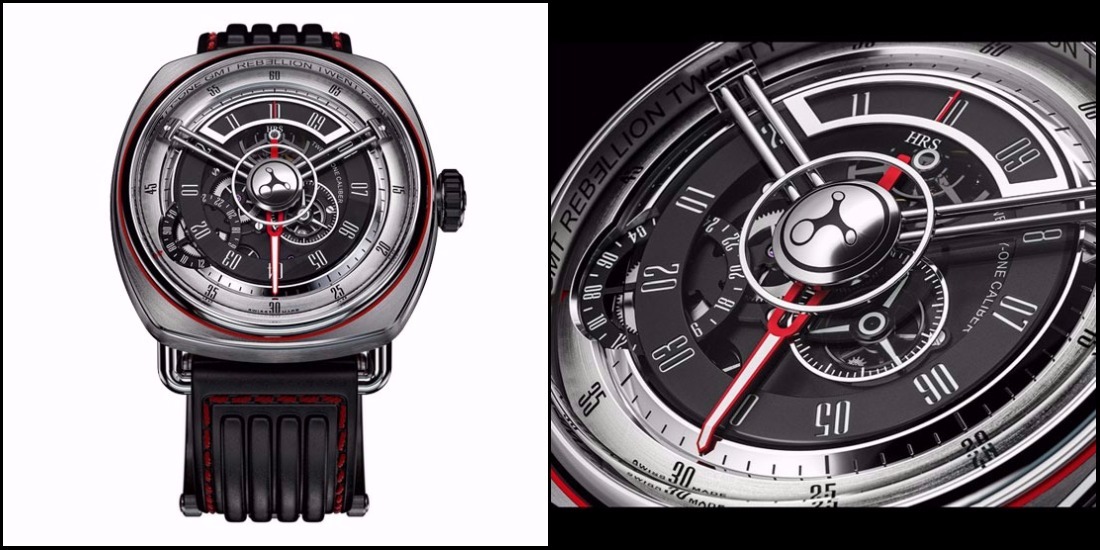 Roaring at full throttle this year with new automobile partnerships and new models ever more powerfully inspired by the world of cars, Rebellion sprung a surprise at the Geneva International Motor Show. Present on several booths, including that of its own Rebellion Racing team, as well as that of the Zenvo hypercar and of the publisher of the Michel Vaillant comic book series, which dedicated an album to Rebellion, the watch brand launched a new watch with a range-entry price. Automotive DNA remains omnipresent in the Twenty-One, inspired by the steering wheel and the dashboard of classic 1930s cars, and notably the Packard One-Twenty from 1935. The rotor appearing on the back of the generously sized cushion-shaped stainless steel case is shaped like wheel rims. Its original design detracts nothing from its functionality, since the Twenty-One is equipped with an exclusive automatic movement serving to indicate a second time zone. Exactly what it takes to keep track of the world endurance championship in which Rebellion is also involved.