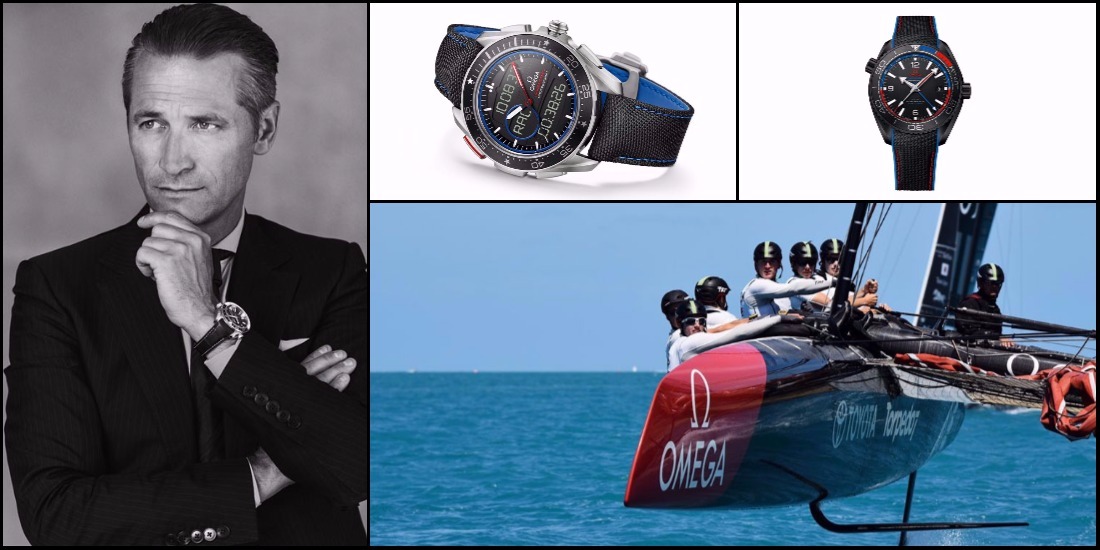 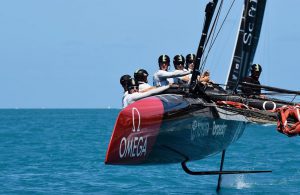 In the long history of the America’s Cup, whose 35th edition is currently taking place, Omega has always remained true to ETNZ. Why so ?

Our partnership with Emirates Team New Zealand began in 1995, when we started working alongside legendary round-the-world skipper Sir Peter Blake. Since then we have remained loyal to the Kiwis, as we deeply admire their competitive spirit and commitment to innovation. Qualities I believe we both share.

Which watches are associated with it this time ?

We have equipped each crew member with a Speedmaster X-33 Regatta, which has both analog and digital readings and a special pre-race countdown function. We have also released a special ETNZ version of the Planet Ocean “Deep Black”, which features the colors of the New Zealand flag. 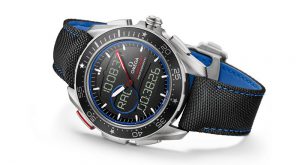 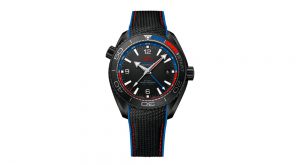 Omega has added a younger and more local dimension this year with the sponsorship of Team Tilt ; what does that bring you ?

It means that we can play a key part in the future of Swiss sailing, by giving support to the sport’s rising stars. And of course they are a Swiss team and we are a proud Swiss company, so there’s also a sense of national pride.

Do you find in sailing values absent from other sports ?

Sailing is interesting, because those working behind the scenes are just as important as those on deck. It embraces the skills of people both on and off the water. The sailors are of course the finest in the world, but the technology behind the boat-making is truly state-of-the-art.

Some young people from Team Tilt are also involved in the Olympics : will you also accompany them to Tokyo ?

Yes we will certainly be supporting Team Tilt in Tokyo and of course we’ll also be serving as Official Timekeeper, just as we did at the 2016 Olympic Games where, interestingly enough, Blair Tuke and Peter Burling won gold medals. Both of those talented young sailors wore OMEGA watches during the event in Rio and both will join the Kiwi crew in Bermuda.

Is Omega seeking to rejuvenate its potential clientele or is this purely a one-off affinity ?

As a company it is of course important that we reach younger customers, but this agreement is more about being able to support a Swiss team in sailing, without compromising our commitment to the Kiwis.

Among the Omega models presented at Baselworld 2017, in which new products do you place the most hope for the development of the brand ?

There’s a certain irony in talking about new products, because the watches that made a huge impact at Baselworld were our 21st century re-editions of models originally released in 1957. Our Trilogy – the Seamaster 300, Railmaster and Speedmaster – proved very successful. So I would say that the key to our future is to embrace new materials and technologies but to carry on respecting our rich past.

To what extent is Omega influenced by the digital upheaval that is destabilizing the entire industry ?

It’s something we need to be vigilant about, especially with regards to emerging markets, but the people who are drawn to mechanical watches buy them precisely because they are not part of a rapidly-shifting digital landscape. They see mechanical watches as something with substance, so I don’t think we’ll be pushed aside any day soon. In fact, I’m confident that the faster technology moves, the more people will be drawn to traditional artisan-made products. We are in fact already seeing this.