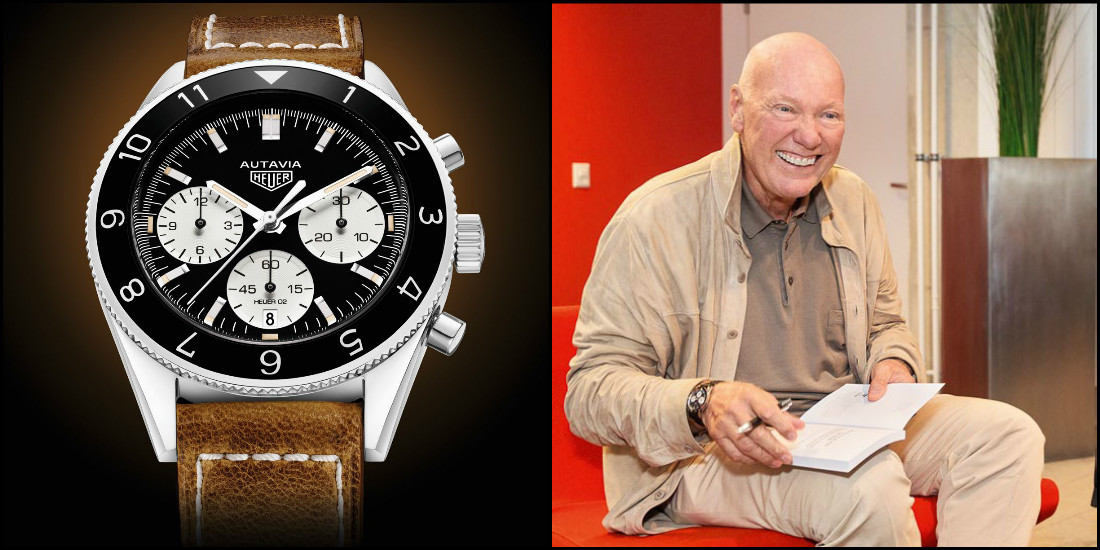 Unveiled in 1962 and a legend among Formula 1 drivers in the 1960s and 1970s, the Autavia is turning a new bend in its history. For the 55th anniversary of its creation, this fabled chronograph is being re-issued in a version that does not betray its heritage. The delightfully vintage model combines the spirit of retro racing with current chronometric standards.

The Autavia is back in the race. The name of this chronograph personally created by Jack Heuer in 1962 is a contracted mix of AUTomobile and AVIAtion. It temporarily fell off the watch industry radar in the 1980s, after being a favorite with prestigious F1 drivers such as Clay Regazzoni, Gilles Villeneuve, Jo Siffert and Jochen Rindt. Revolutionary at the time, the Autavia soon gained an audience by transposing the functionality of a dashboard instrument panel to pilot’s wrists, notably thanks to its rotating bezel. It was a must-have that nonetheless sunk into oblivion. Until 2016, only a community of knowledgeable collectors still celebrated the memory of this chronograph. That has all changed since its long-awaited comeback in 2016.

Exactly one year ago, on a dedicated website, TAG Heuer selected 16 versions of the vintage Autavia and invited cybernauts to vote for which model would serve as inspiration for an upcoming re-edition. Enthusiastic collectors and connoisseurs got involved – with no less than 50,000 votes cast ! – and the chosen winner was the model launched in 1963 and known as “Rindt”, in reference to the Austrian champion Jochen Rindt who wore it.

A narrow yet functional bezel, applied hour-markers punctuated by luminescent dots to ensure legibility, stylized “matchstick” hands powered by the legendary manual-winding Valjoux 72 movement… While the Autavia “Rindt” was brimming with all the assets required to be firmly in the race during the 1960s and 1970s, modernizing its design without sacrificing its heritage was still a major challenge for TAG Heuer. The new Autavia 2017 shows that the wager has proved brilliantly successful.

The first major change relates to the size of the steel case, enlarged from 39mm to 42mm in diameter. The second essential modification involves the choice of the Manufacture Heuer self-winding chronograph Caliber 02 to replace the original hand-winding movement. With its three counters, its ultra-legible date window, a black ratcheted bidirectional aluminum bezel and a chestnut brown distressed calfskin strap, the new Autavia whose water resistance has been increased to 100 meters combines the best of two eras. Rather than choosing between a vintage look and contemporary performance, Autavia prefers to adopt both and is clearly ready to hit the road again.