Zenith : Welcome to the 21ST century 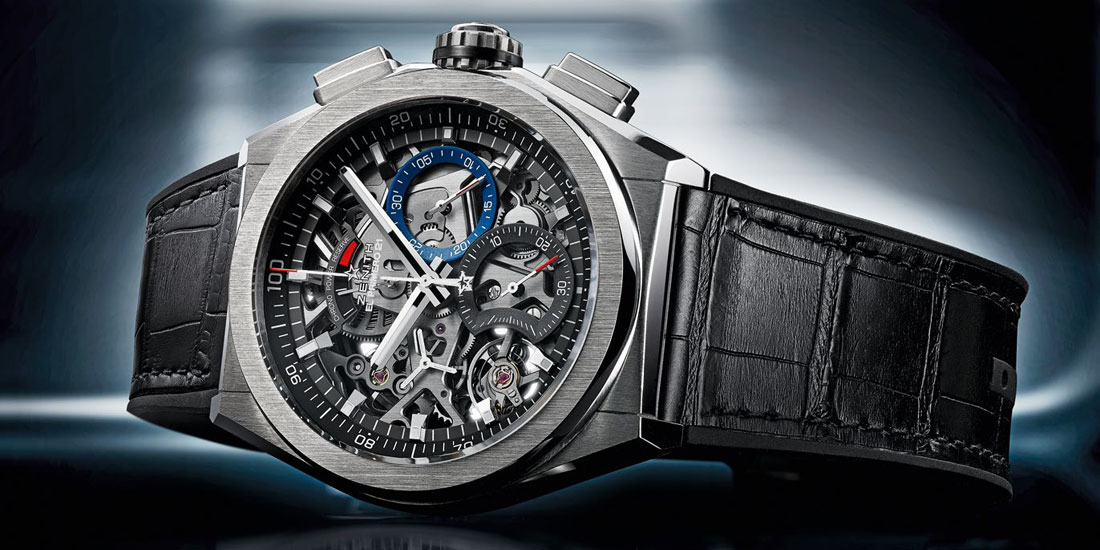 An iconic caliber delivering indisputable chronometric performances, the El Primero symbolizes this year’s renewal for the brand with the guiding star. Under the impetus of Jean-Claude Biver, President of the Watches Division of the LVMH, Zenith will benefit from the arrival of a new CEO, Julien Tornare, as well as from the group’s new industrial skills cluster. Aficionados will appreciate the upcoming launches and the one seen at Baselworld 2017 certainly made an impact. With the Defy collection, Zenith has unveiled the 21st century El Primero.

Almost 50 years after its birth, the world’s most accurate series-made chronograph has quite simply achieved a tenfold increase in performance. Since 1969, the central hand of the aptly named El Primero – meaning “The First” in Esperanto – has been displaying measured times to the nearest tenth of a second and has indeed never been equaled. In 2017, the El Primero 21 has taken a new leap ahead of the pack by achieving hundredth of a second precision. To accomplish this, the new movement of the Defy El Primero 21 is based on a dual construction, with the watch and chronograph each relying on its respective chain of operation. While the former maintains the 36,000 vph (5 Hz) frequency of the original caliber, the latter has upped the ante to 360,000 vph (50 Hz). This means that the central hand turns at the dizzying speed of one full sweep per second. The two balancewheels are equipped balance-springs made from Carbon Matrix Carbon Nanotube composite, a patented new material that is insensitive to temperature gradients and to magnetic fields. Visible through the sapphire caseback, the star-shaped openworked oscillating weight ensures a power reserve of 50 hours for the watch, and 50 minutes for the chronograph (visible at 12 o’clock. A patented chronograph control system enables simultaneous zeroresetting of the chronograph seconds, tenths and hundredths.

Whether unveiled in skeleton mode or masked by a dial, the revolutionary series-made movement is framed by a case with short lugs inspired by the one Zenith used for the El Primero watches in the early 1970s.