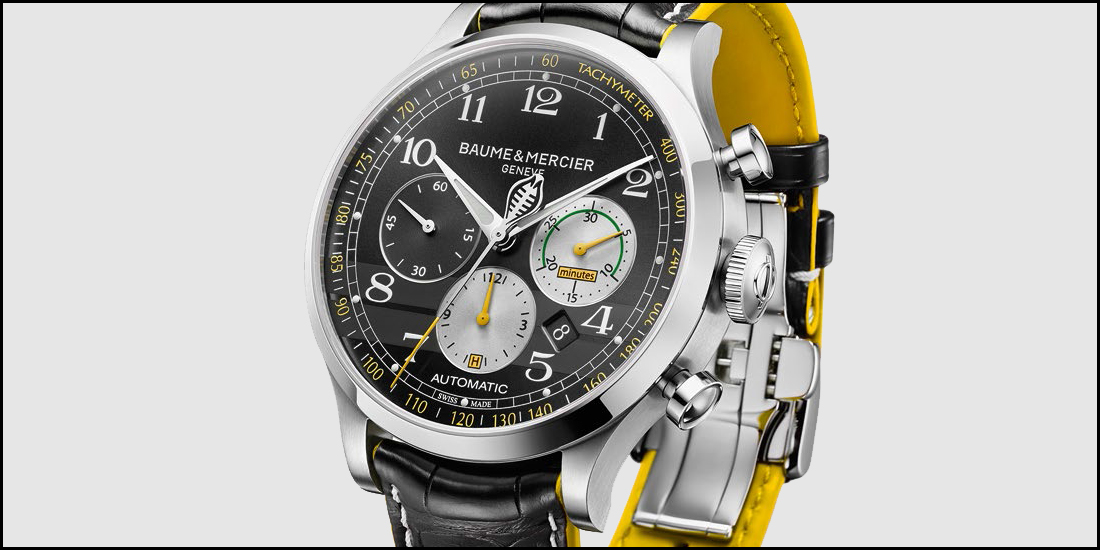 Watchmaking and motor racing : two worlds with a great deal in common and which make a great team. In this instance, racing drivers’ spirit of competition is firmly embedded in the very identity of the Capeland Shelby® Cobra 1963 by Baume & Mercier. This limited-edition chronograph is directly inspired by one of the most victorious ever Cobra models : the CSX2128, the 289 roadster built to conquer the grueling 1963 12 Hours of Sebring race.

A partner of Carroll Shelby American since 2015, Baume & Mercier is proud to be honoring the spirit of endurance embodied by the legendary racing car. The list of drivers to whom it pays tribute also features Dan Gurney, Dave MacDonald, Ken Miles and Allen Grant. This famous quartet enjoyed the privilege of driving the speed machine at Sebring in 1963 and 1964. In all, no less than eight legendary U.S. drivers propelled the Cobra CXS2128 to unprecedented heights of achievement. Baume & Mercier has therefore created the Capeland Shelby® Cobra 1963 in homage to the talents of all these young, brave and intrepid competitors.

This chronograph embodies the confidence and the endurance of a team at the peak of its powers, expressed through a pure, sleek design and the horological precision of Baume & Mercier. It is driven by a mechanical self-winding movement and enjoys a 48-hour power reserve. The three asymmetrical counters recall the emblematic Cobra dashboard, the hours and minutes hands pick up the shape of the steering wheel, while the chronograph central seconds hand bears the Cobra logo, an unmistakable symbol of speed. These models are available with a black alligator strap featuring a yellow rubberized lining reprising the colors of the racing car, or with a black vulcanized rubber strap made from the same material as car tires. Finally, the case-back is engraved with the name of the collection and bears the inscription “One out of 1963”, in reference to the limited-edition number and to the year when the Cobra won its first victory in the American championship.

A member of the permanent editorial team of Worldtempus.com and GMT, she takes a special interest in new models and in brand events