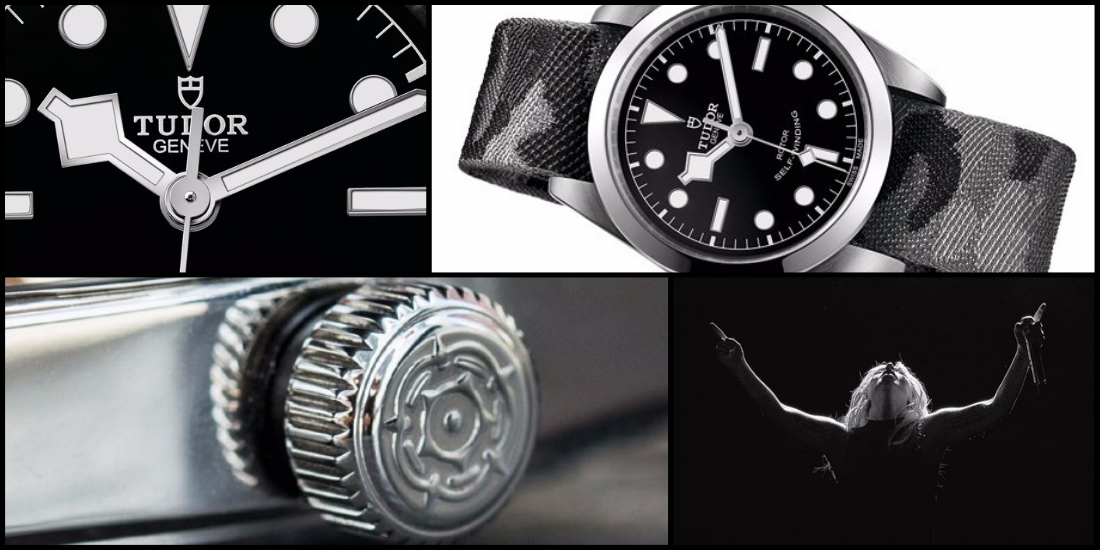 When Rolex founder Hans Wilsdorf launched the Tudor brand in 1946 in order to offer watches complying with his philosophy of quality as well as with his wish to make them affordable to a broader public, he doubtless never imagined that an artist such as Lady Gaga would one day become its muse. Just as the founder of GMT had no idea he would one day feature a “non-mechanical” icon on the magazine cover. GMT is not only impressed by the resurgence of the brand and its amazing Black Bay collection, but also feels a definite sense of kinship with the new Tudor logo “Born to Dare”. Tudor has displayed a consistently pioneering spirit and a will to challenge existing conventions, whether through its 20th century timepieces for adventurers of the extreme, or the first wristwatches with fabric straps introduced at the start of this decade and since adopted by the entire industry. Its highly reliable technical content and its sure sense of design have established Tudor in recent years as a brand that is not only trend-setting but also much sought-after by collectors. The latter fully appreciate Tudor’s stature as a proponent of neo-vintage design, which naturally appeals to devotees of a far wider movement. Especially since Tudor delivers an exceptional quality/price ratio. Its success was for instance reflected in the 2015 Only Watch charity auction, where the one-of-a-kind Black Bay Only Watch went under the hammer for 100 times its retail price !

The connection with Lady Gaga is a mindful one. Her rejection of the status quo and her commitment to noble causes, even when they run against the current tide, are matched by her multifaceted talent and her capacity for hard work. This incredible performer, who has sold more than 180 million records, wins plaudits as a singer, musician, composer and dancer consistently respectful of the public. Wearing a self-winding Black Bay on her wrist means more than just flaunting an accessory that contributes to shaping her image, however vital the latter may be. She is joining the daring Tudor family of which David Beckham is also a member. Another living legend, the soccer star has dared to move beyond his comfort zone and make his mark on the fashion world. We strongly encourage our readers to dare to live their passions to the full, driven by a momentum matched and heightened by a Black Bay on their wrist.