Opera by Jacob & Co. The Godfather

CASE : 18K gold with sapphire crystal windows on the sides

CASE : black ceramic with sapphire crystal window on the sides

For many years, jeweler Jacob Arabo has been standing out from the crowd and springing surprises in the discreet, hushed world of watchmaking. If he had not chosen this path, he would doubtless have been a brilliant film-maker or stage director, since he excels like no other in the creation of spectacular models and has become the undisputed master of horological superproductions. At Jacob & Co, nothing is too beautiful, too great or too complicated, as testified by a quick tour of its latest blockbusters.

Since the very first model presented in 2014, the Astronomia collection has been interpreted through numerous models yet continues to exercise the same fascination, right from first glance. And while the satellite system is nothing new in watchmaking, the magnificent stage-setting is bound to draw the gaze. Light, movement, rich decors : everything contributes to catching spectators’ attention and highlighting actors’ performance. One of the most striking recent version is undoubtedly the Astronomia Solar Planets. The synopsis is nothing less than the solar system. The lead role is of course played by the sun, majestically enthroned in the center of the three-armed carrier. It is crafted from citrine according to the famous patented Jacob’s cut featuring 288 facets that create an inimitably radiant sparkle. Three other major actors play their part at each end of the structure. The first is of course earth, a blue lacquered globe on which the continents stand out in pink gold. The second is time, in the shape of a dial featuring a differential gear system, enabling a comfortable reading of the time whatever its position on the dial in the course of the constant gyration of the system to which it is attached. Third and last is the mechanics of time, with a double-axis flying tourbillon whose uninterrupted choreography adds to the overall dynamics. Nonetheless, however talented the performers, they cannot play all the roles in such a spatial odyssey, which is where the supporting actors come in. Seven planets, made from different cabochon-cut semi-precious stones featuring colors and textures incredibly similar to their real-life appearance, are fixed to an aventurine dial serving as a star-studded background. Rotating at the same speed as the main carrier, but in the opposite direction, this disk injects an extraordinary sense of visual acceleration into this stylized depiction of our solar system.

The same narrative structure, but with a change of ambience, for a script as black as the material composing the Astronomia Black Ceramic. In this more modern and understated composition, the central carrier is composed of four arms rather than three. By order of appearance, we once again find the rotating globe, this time red-lacquered ; the double-axis flying tourbillon that could even be considered a tri-axial type given the rotation at its base ; the hours and minutes dial with its differential gear system. Finally, at the tip of the fourth arm, a rubellite cut according to the jeweler’s exclusive technique whisks us off towards Mars and reminds us of the close links between this planet and our own. Black, red, the star-studded sky… and an entirely different story is told. We round off the intergalactic journey with the Astronomia Spider, in which reality and fiction are blurred to create maximum thrills. The fourarmed mobile is the same as in the previously described timepiece, apart from the cut stone which in this instance is a one-carat diamond. The latter is not the source of the promised tingle, which is in fact procured by amazingly lifelike tarantula spider hovers above the mechanics. Made of black PVD-coated titanium, it is adorned with duck feathers secured to a silk thread by talented artisans so as to imitate its hairy body. Both the stunning resemblance and the craftsmanship are truly unforgettable. 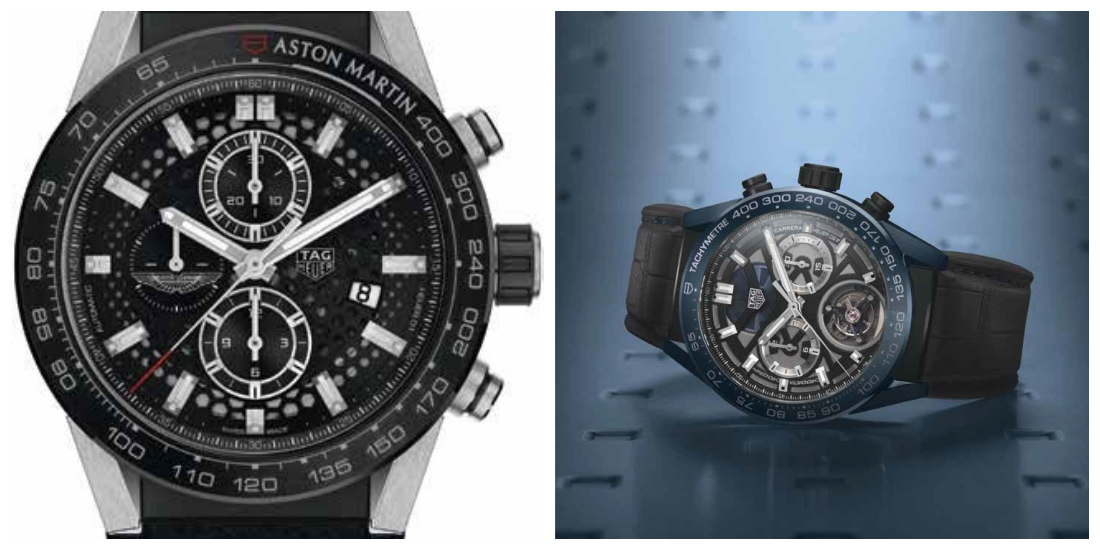