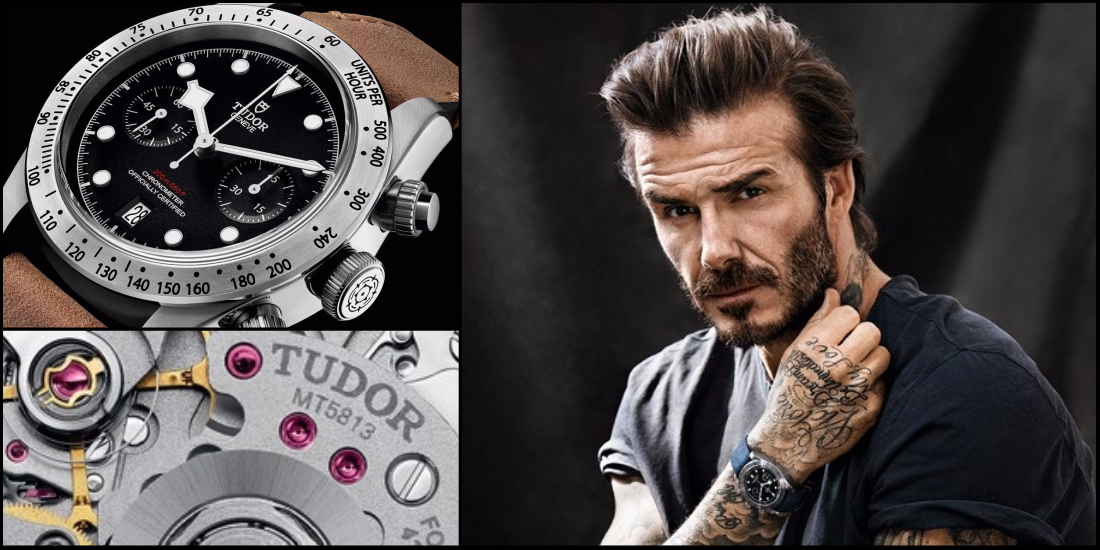 To debut the new layout of your favorite magazine, the GMT editorial team has chosen to devote this Test Bench article to a watch that is astonishing in several respects : the Tudor Heritage Black Bay chronograph. Since the 1970s, the Geneva-based brand has acquired considerable experience in the production of this type of watch, and we wanted to find out how it has evolved its knowledge so as to offer this classic in a 2017 version. 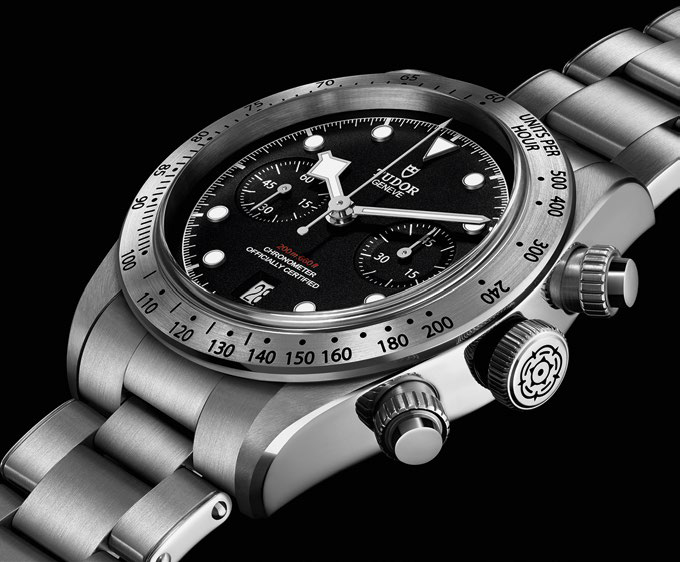 There are no major surprises as far as the exterior is concerned. The chronograph is named “Heritage”, and pinpointing the technical and aesthetic evolutions of this model’s exterior elements over the last 30 years would be equivalent to a game of “spot the differences”. But as the saying goes, you don’t change a winning team. As a benchmark, the present writer decided to compare it with his 1989 version of the Prince Oysterdate Chronograph (its ancestor). The steel case still measures 41mm in diameter and is distinguished by vertically “cut” case sides, while the bezel is still engraved with a tachymeter scale. However, the plastic glass with which it was fitted in 1989 has now been replaced by a sapphire version, this time without a date magnifier. And whereas the crown was previously ‘borrowed’ from the brand’s big sister, it has now been redesigned and – along with the pushers and the solid screw-in caseback – helps guarantee impeccable water resistance certified to 200m.
Although the style and the identity of the dial and hands remain easily recognizable, they have evolved so as to fit in with the contemporary collection and to enhance legibility, especially at night. 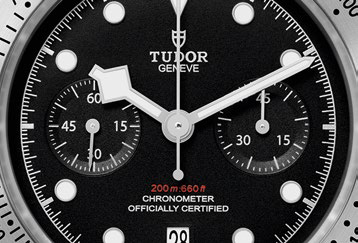 The innovative approach is most striking in this respect. Although definitely not contending in the Haute Horlogerie league, Tudor has definitely achieved a master stroke. Industry observers are already aware that the brand has recently signed an agreement with Breitling aimed at ensuring shared use of certain calibers. Breitling has access to the Tudor self-winding movement, and in return the Geneva-based watchmaker has equipped this chronograph with a Breitling caliber. Clearly a brilliant means of optimizing costs, since this self-winding column-wheel chronograph with vertical clutch and date display has a price point below CHF 5,000.
Alongside a few minor cosmetic differences, the Tudor version of this movement with a 70-hour power reserve is distinguished by its variable-inertia regulating organ that should provide a distinct improvement in terms of timekeeping. And to mix things up a little further, the 30-minute counter is replaced here by a 45-minute counterpart.

Managing to introduce a watch at this price featuring a caliber with such impressive tech specs is a brilliant achievement, even considering the industrial strike force of the Geneva Maison. All the technical characteristics of the exterior elements have been tried and tested across several decades, and ensure an appealing combination of sturdiness and reliability. But how does Caliber MT 5813 compare with the Valjoux 7750 ‘engine’ powering the forerunners of this new reference ? The results of our measurements (appearing as a table in the box) are absolutely incredible. Timekeeping precision is exemplary and the loss of amplitude in vertical positions and linked to the use of the chronograph are minimal. Caliber MT 5813 is not merely surprising, it’s an authentic revelation.

Although this Tudor Heritage Black Bay Chronograph is extremely affordable, it makes no compromises on the qualities required in its category. Independently of any budgetary considerations, it is doubtless one of the best chronographs currently on the market. Far more than a well-made watch, this model possibly epitomizes an approach that could be the saving of the Swiss watch industry, which has in recent decades shown itself incapable of performing well and being competitive in this price range. This token of strategic and industrial intelligence should enable it to win the “Aiguille d’or” Grand Prix at the GPHG in November, and thus ensure it enjoys a serene and enduring future.