Innovation : A new sound whose time has come 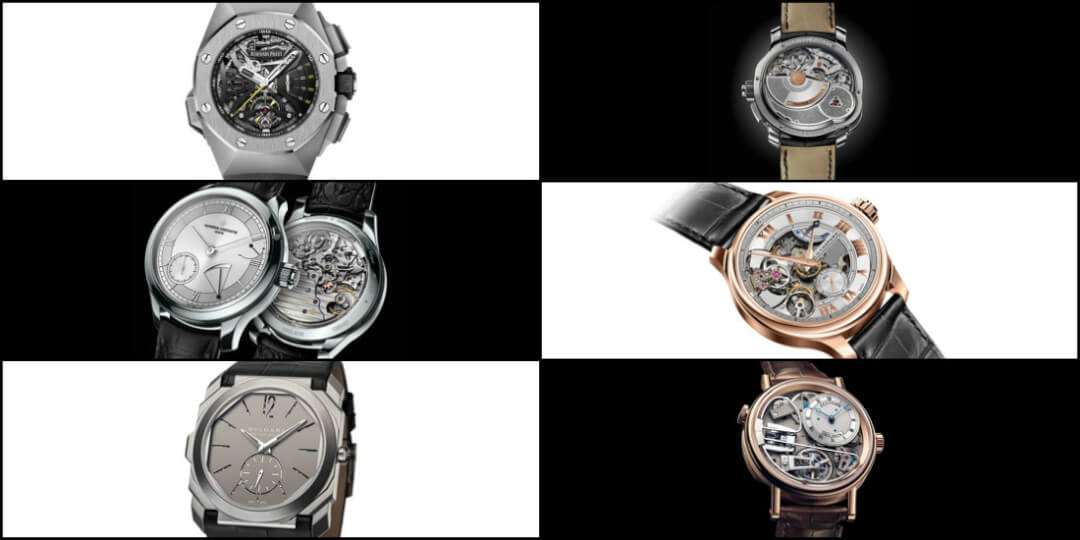 More musical, more streamlined, more secure and definitely more plentiful than ever, striking watches are blazing an unprecedented inventive trail. An opportunity to tune into a wealth of audible innovations.

The minute-repeater, which chimes the time on demand to the nearest minute, is the king of horological complications. The grande sonnerie (grand strike), which automatically strikes the quarters and hours ‘in passing’ and sounds the hours ‘on demand’, embodies a higher echelon in terms of both complexity and refinement and can rightfully be called the ‘emperor’. While it takes a good deal of expertise to develop them and make them operate, by far the most important aspect is how they sound and that the music they produce is rich, audible and vibrant. Nor does the challenge stop there. When striking models are in action, any inadvertent handling of the watch can force and damage the mechanism. The latest innovations are thus strongly geared towards to securing these watches that are often worth more than half a million euros. The idea is to avoid an ill-informed or clumsy wearer making the fatal error of setting the watch to time while it is striking.

Greubel Forsey has made this the keystone of one of the year’s most exceptional watches : its Grande Sonnerie. This striking model with its self-winding Grande Sonnerie mechanism, its cathedral gongs, its 24-second tourbillon and its superlative finishing, stems from a development drive shared with Vacheron Constantin. The Geneva-based brand is presenting its own interpretation of the movement, without cathedral gongs, without an automatic winding mechanism, without a tourbillon, yet no less expensive : the Symphonia Grande Sonnerie 1860. While the striking mechanisms are complex, they are also extremely thick. Another field of endeavor lies in trying to slim them down. As the cases get progressively broader, some brands choose to spread out instead of stacking up. Bulgari set a record that still stands with its Octo Finissimo Minute Repeater : the 40mm titanium case is a mere 6.85mm thick and its caliber a mere 3.12mm – 20% less than the previous record holder.

Another way of innovating is to change everything, which is what Breguet decided to do with its Tradition 7087. Its hammers strike the gongs vertically in order to set up a sound wave along the same plane as the sapphire watch glass. Its gold gongs are shaped according to the note they are to play. The strike governor (regulator), which dictates the rhythm of operations, is magnetic. Finally, its case is fitted with a gold resonance membrane. The latter principle – which involved creating a surface that naturally amplifies the sound within the confined space of a case – was also chosen by Audemars Piguet for its Royal Oak Concept Supersonnerie.

If one were to award a top prize for useful innovation, it would definitely go to Chopard. After 15,000 hours of development, the brand presented its first minute-repeater to mark the 20th anniversary of Chopard Manufacture. Equipped with six security devices, it takes no risks. For the very first time, a watch strikes the time on sapphire gongs, with this material generally used for watch glasses replacing the traditional steel used for gongs. The latter are machined from the same single block of sapphire crystal as the watch glass of which they form a natural extension. The large resulting surface vibrates like a loudspeaker. The seamlessly joined gongs and glasses thus enable the sound wave to be propagated across a homogenous environment, without any interruption or loss. The sound is warm and quite literally crystal-clear. All the details had to be carefully thought through, and above all the technical means had to be found to machine this glass/gong, a process that took three years. It is precisely these amounts of R&D time that explain the correspondingly stratospheric prices prevailing in this category.