DeWitt : In praise of contemporary sophistication 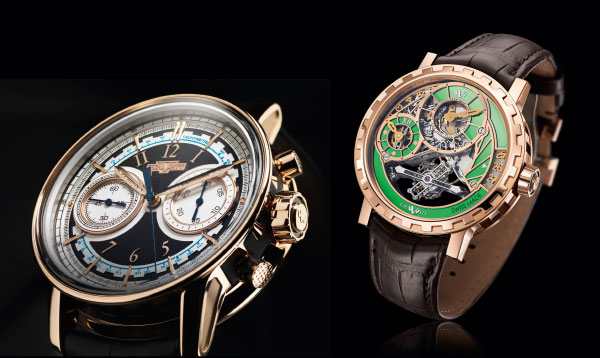 It is non-conformist by nature, yet its attachment to horological culture is apparent in each and every detail. It focuses on the technologies of the future, relentlessly innovates and yet consistently enhances its creations with the traditional heritage cherished by its founder, Jérôme de Witt. For more than 10 years, the eponymous Manufacture has been offering a singular vision of watchmaking. DeWitt combines instantly recognizable aesthetic force with unbridled mechanical creativity that delivers a complex-free take on classicism.

An emblematic expression of the DeWitt style signature, the Academia collection testifies to this philosophy and is interpreted this year in a variety of models ranging from the most classic to the most avant-garde. Exuding an eminently masculine sporting style, the Academia Chronostream II offers a highly sophisticated vision of the chronograph. On the aesthetic level, the sides of its 42.5mm pink gold case are adorned with the iconic imperial columns in rubber, a true DeWitt signature. The readability and precision of the displays highlight the extraordinary hand-crafted dial-making expertise that the Manufacture DeWitt cultivates in its Meyrin Geneva workshops. The level of finishes, displayed on surfaces that are satin-brushed, polished or adorned with a Clou de Paris hobnail motif, is simply remarkable. As far as the movement is concerned, excellent is also the keynote with a sturdy and reliable self-winding caliber endowed with a 48-hour power reserve and a chronograph function controlled by two pushers on the side of the case.

Ever since its creation, DeWitt has showed a consistent penchant for horological complications. With the Academia Grand Tourbillon issued in a 99-piece limited edition, DeWitt revisits its very first 100% in-house-made manual-winding tourbillon caliber presented in 2010. The 327-part DW 8030 caliber picks up tried and trusted technical parameters : 18,000 vph, 65h power reserve, Swiss lever escapement, Straumann spring with a Phillips terminal curve sequenced at 2.5 Hz. Breaking free of traditional watchmaking design codes, the imposing 46mm-diameter round case bearing the distinctive fluted motifs frames a majestic tourbillon displayed at 6 o’clock. Like all the brand’s tourbillons, it bears the signature of the watchmaker who has assembled the model on the decorative grid appearing on the back of the movement.

Academia Out of Time

Entirely in line with the lineage of iconic creations by the House, the Academia Out of Time extends an invitation to engage in a philosophical reflection on the passing of time. Its DeWitt movement comprises two elaborate complications : a dead-beat seconds hand serving both as a regulator and as an indicator of the second function in the display at 4 o’clock, and a free seconds, a DeWitt invention appearing in the display at 8 o’clock. These two functions represent the opposition between real time and virtual time – a non-conformist innovation that may be admired on a black, white or blue-lacquered dial with a restrained design.

Also in the Academia line, DeWitt offers a blend of poetry and mechanics with a new demonstration of innovation. The fourth DeWitt Concept watch, the Academia Mathematical illustrates Jérôme de Witt’s passion for mathematics. Elegantly framed by a 42.5mm pink gold case, the dial bears no hands or hour-markers, but instead a handful of numerals that appear to be randomly scattered. Based on a whole host of fascinating calculations, the 384-part self-winding movement serves to enliven the dial in step with the entirely independent jumping numerals that meet up as time passes. This complex and inspired demonstration embodies the spirit of the Manufacture DeWitt : great passion, considerable expertise and a wealth of tradition and innovation in every circumstances.

As if sculpted form a block of diamond, the Princesse Marie-Clotilde is entirely set with 405 baguette-cut diamonds

The relentless DeWitt quest for excellence is also interpreted in the feminine mode. Watchmaking inventiveness is matched by another iconic form of expertise cultivated by the Geneva-based firm : jewelry-making virtuosity that highlights time with boundless refinement. A true masterpiece of watchmaking and Haute Joaillerie, the Princesse Marie-Clotilde watch is a one-of-a-kind model created in tribute to the mother of Count Jérôme DeWitt, Her Imperial & Royal Highness Princess Marie-Clotilde Napoléon. Appearing to be literally carved out of a diamond block, the watch is in fact set with 405 baguette-cut diamonds, free of any other material of shapes and as if suspended in mid-air. To adorn this horological creation, DeWitt uses an unusual gemsetting technique that renders the metal invisible. At the heart of the 36mm-diameter case bearing the famous Imperial columns beats a mechanical self-winding movement with a 42h power reserve. A reliable and accurate mechanism serving the ultimate degree of jewelry-making excellence. 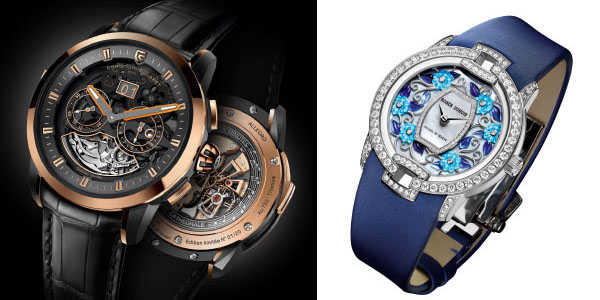 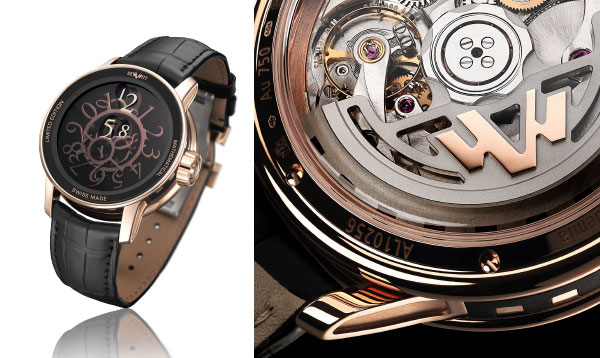 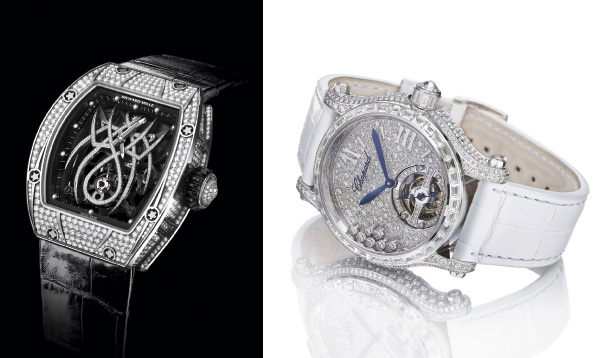