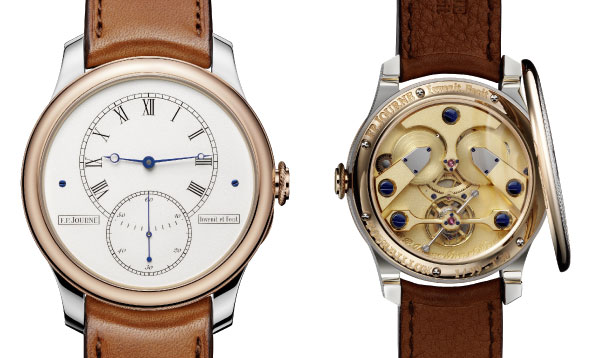 30 years of mechanical creations at the crossroads between art and Haute Horlogerie have amply enabled F.P. Journe to establish itself as one of the world’s most prestigious watch companies. François-Paul Journe did not indeed have to wait for its brand to reach maturity before winning collectors’ esteem, since he acquired his reputation as a watch movement design engineer right from the start thanks to his authentic timepieces inspired by respect for the etic of the great French masters. From 1987, he received his first awards for his original horological creations. Building on his numerous watchmaking successes, he created his independent Manufacture de Haute Horlogerie at the heart of Geneva in 1999. Within this splendid listed building dating from 1892, everything necessary has been done to verticalize the annual production of 900 mechanical watches. Bearing the label “Invenit et Fecit” (invented and made), they are driven by mechanical movements in 18-carat pink gold – a first in watchmaking – developed by François-Paul Journe and produced within the Manufacture.

To celebrate his brand’s 30th anniversary, François-Paul Journe returned to roots by reinterpreting his first pocket watch, completed in 1983, as a wristwatch. This Historical Tourbillon comes in the same materials as the original watch with a silver case featuring a guilloché case middle topped by a pink gold bezel. The grained silver dial closely resembles the original. The transparent sapphire back protected by a guilloché silver cover reveals a classically built tourbillon movement in grained and gilded brass – a faithful replica of the one built in 1983. Two parallel-mounted barrels distribute the energy to a gear train arranged around the main axis of the watch, and driving the tourbillon. The lateral pallet-lever escapement replaces the detent escapement of the original watch, while winding and time-setting are now with a crown at 3 o’clock instead of a key.

Issued in a 99-piece limited edition – notably available in the brand’s ten own-name boutiques in Geneva, Paris, New York, Los Angeles, Miami, Boca Raton, Tokyo, Hong Kong, Beijing and Beirut –, the Historical Tourbillon signals the start of a new chapter in brand history.  A nod to the past while looking firmly to the future. 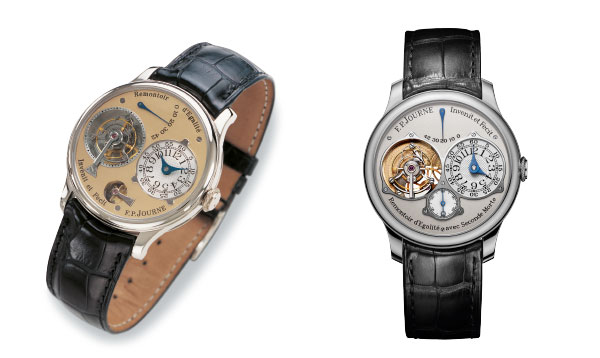