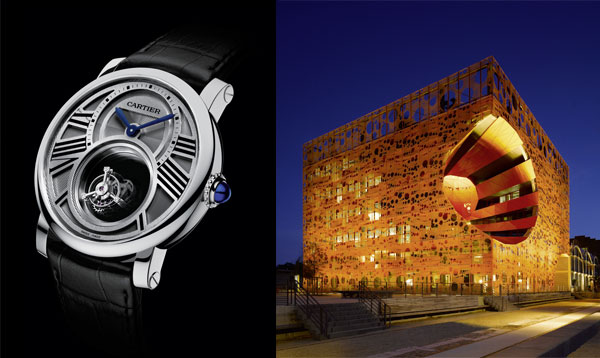 The watch : Rotonde de Cartier Double Tourbillon Mystérieux Mystery ! The word is particularly appropriate for this supremely understated model that hides a highly complex mechanism. In order to create the impression that the tourbillon carriage is floating in mid-air, the Cartier development team drew inspiration from the tricks of Jean-Eugène Robert-Houdin, the father of modern conjurers. The flying tourbillon looks as if it is suspended in the void with no apparent connection with the gear wheels. To achieve this, a glareproofed sapphire disc has been enlarged to the size of the tourbillon. The designers came up with the ingenious idea of placing on the outer edge of the sapphire plate a rack-and-pinion mechanism that transforms the disc into a large toothed wheel making one turn every 5 minutes. While the tourbillon spins once on its axis every five minutes, the carriage performs a second rotation at a rate of once  every five minutes. The impression of levitation is astonishingly lifelike. This original mechanical construction, stemming from lengthy research, is housed within a pared-down aesthetic setting that gives pride of place to the visual illusion.

Built on the banks of the River Saône in the Confluence district of Lyon, the Orange Cube was erected in 2011. The project is designed as a five-storey orthogonal “cube” measuring 29 x 33 metres, from which a huge void has been cut out so as meet the need for light and for the circulation of air, as well as affording fine views. It pierces the building horizontally from the banks of the Saône all the way up to the rooftop terrace. This perforation stemming from the conjunction of two curves instates a diagonal relationship to angles. It pulls the façade into the depth of the volume, while creating a huge atrium circumscribed by a series of corridors connecting the office platforms together.

Such impressive structural manipulation provides a clear architectural vocabulary for visitors and gives impressive visual pre-eminence to this singular opening. This is a truly clever trick in that, above and beyond the structural reasons behind it, the approach diverts observers’ attention by creating an optical effect that draws all eyes towards the void, thereby apparently reducing the monolithic dimensions of the overall building.

The process involved in designing the Rotonde de Cartier Double Tourbillon Mystérieux watch is similar to that of the Orange Cube : a conjuring trick that sets up a fascinating kinetic sequence. The illusion is created and resorting to these tricks diverts the utilitarian value of both objects, endowing them instead with a nobler emblematic value. 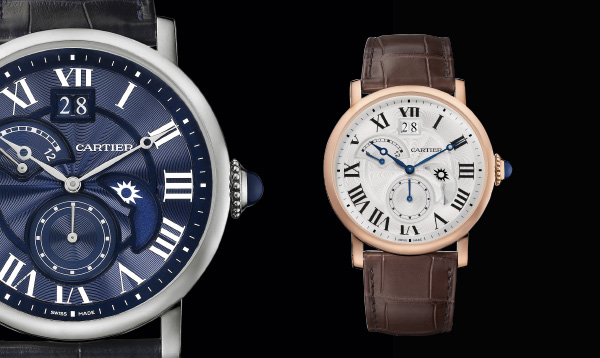