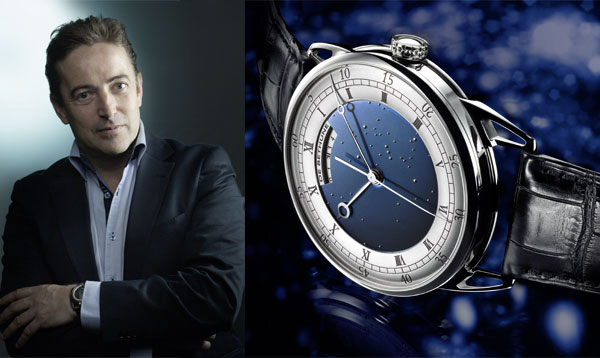 You have been serving as CEO of De Bethune since January 2011, straight after heading Les Ambassadeurs in Geneva; what did you learn from that particular post?

First of all, I discovered the joys of management, since prior to that I had only three people in my team and I then had to handle 25 at Les Ambassadeurs. I also gained a far deeper knowledge of watchmaking, both through the technical training sessions organised by Les Ambassadeurs and the partner brands, and through contacts with customers. I also gained a better grasp of clients’ expectations and learned how better to define what sells and what doesn’t. A watch may seem extraordinary yet not find any buyers. Finally, my position on the other side of the counter enabled me to comprehend the multiple issues involved in distribution: profit margins, models, POS material, stocks, etc… I am now better prepared to pinpoint retailers’ needs and to promote sell-out within the De Bethune network.

In parallel, you orchestrated two editions of the Geneva Watchmaking Grand Prix with Carine Maillard; what experience did you gain from this?

Here too, I could mention three aspects. It was above all a fascinating human adventure. It has naturally generated contacts with an extremely precious network among the press, industry professionals and major brands from around the world. And finally, there too I was able to admire a number of exceptional models that I had an opportunity to actually hold in my hands.

Prior to that you had co-founded GMT in 2000 and managed it alongside its current chief editor for ten years; do you think watchmaking has evolved a lot in the meantime?

It seems to me that the past decade has been one of the richest and most creative in watchmaking history. So many new brands have been created, and so many technological innovations and design breakthroughs have emerged. A perpetual calendar used to be regarded as a major feat, whereas these days it takes four tourbillons on two inverted three-dimensional dials to spark any interest – even though that might be a slight exaggeration… The exceptional has changed dimension.

Within this new context, what strategy are you going to put in place in order for De Bethune to achieve its own breakthrough?

“Small is beautiful” is my motto and has always been that of De Bethune. For over ten years, De Bethune has been an exclusive brand and must remain so, since there is no room for any compromise in terms of quality. But of course it’s not enough to make magnificent watches if nobody knows them. So the priority consists in raising brand awareness and with this in mind we have put together a small and dynamic team, of which I am the spearhead, so to speak. A marketing and communication post was created as soon as I arrived, and Alessandro Zanetta* has been appointed sales director. His two years spent at the company’s manufacturing facility in La Chaux l’Auberson, and his natural enthusiasm, make him an ideal interface between watchmakers, clients and our management unit based in Geneva. We have already exhibited in January in Geneva and we will be welcoming visitors to our booth at the Baselworld, Las Vegas, Belles Montres Shanghai and Paris trade shows. Between each of these events I will be back on the campaign trail to spread the good news about the brand to the world’s finest retailers.

What are the brand’s strengths and weaknesses, and what sets it apart from the rest?

Fundamentally, De Bethune is a Manufacture in the specifically Swiss sense of the term, meaning a movement maker, before being a brand as such. It is certainly not a mere marketing concept. It employs around 50 people and produces around 300 watches per year. De Bethune has created eleven calibres in nine years, filed nine patents and become the first to equip its balance-springs with a flat terminal curve. We have the world’s lightest tourbillon, since its 54 silicon/titanium parts weigh a total of just 0.18 grams. Everything is made in house, including the hands and the extremely refined decorations of the dials and cases. Our only deficiency is that we are not well known – an issue we are currently preparing to address.

De Bethune has taken part in Only Watch right from the start; what do you expect from this operation?

Its founder Luc Pettavino defends a truly noble cause with a blend of energy, passion and professionalism. We are thus happy to be able to participate by developing a unique creation to help contribute to funding research on Duchenne muscular dystrophy.

Which model do you think might be selected for the Geneva Watchmaking Grand Prix?

Ideally I would see the DB24 in the Sports Watch category, the DB25 as a Men’s Watch, the DB25 Tourbillon for the Complicated Watch prize, the DB28 as a Design watch, and the DBL in the Jewellery Watch category!

And which in your opinion are the most interesting in the collection?

Each has its own intrinsic qualities and may interest such or such a watch lover at a given time, but we are going to focus on three lines. The DB25, which conveys all the De Bethune iconic design details; the DB25 Tourbillon for its purity and classicism; and the DB28 which reflects our avant-garde spirit: it incorporates the technological advances generated by years of R&D, such as the silicon and platinum bracelet, or the “floating lugs” that link the case to the bracelet and thus make the watch seem to hover over the wrist.

*The son of David Zanetta who co-founded the brand with Denis Flageollet. He has been working alongside them both right from the start. 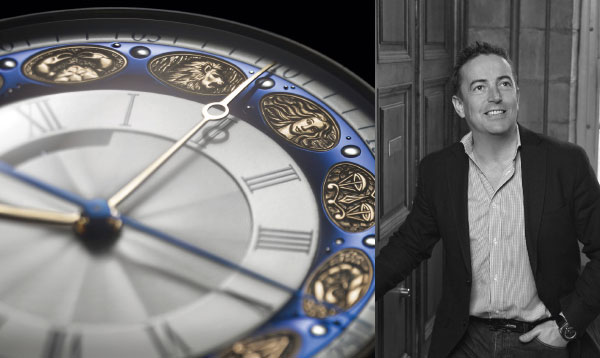 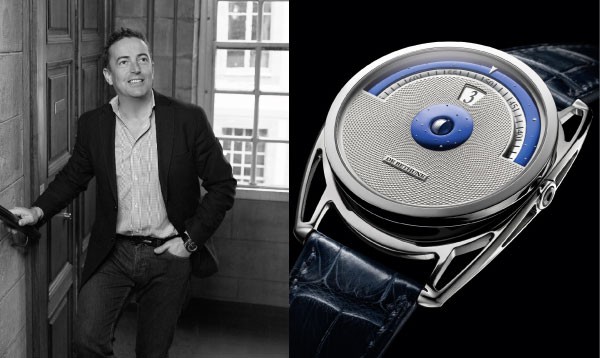 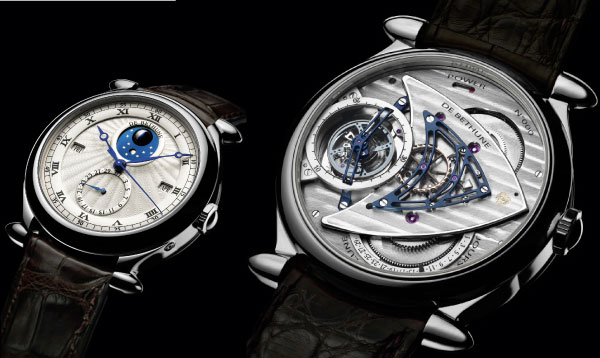