The mysteries of opal : A brief history… 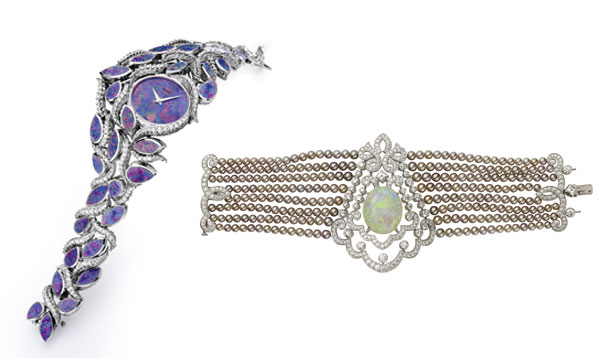 The history of the opal, as well as its name which comes from the Sanskrit word upala – meaning precious stone – conjure up visions of India. The opal has always been honoured by eastern cultures, which later nicknamed it the “ Anchor of Hope ”. The original Indian name became apalios in Greek and then opalus in Latin. This stone with its shimmering mysteries has given rise to all manner of beliefs in various civilisations. The Romans used the opthalmos, the eye stone, as a universal remedy against eye diseases. Mark Anthony wished to give Cleopatra an opal ring as a token of his love, but its owner, Senator Nonius, preferred to be banished rather than part with his opal which was as large as a walnut. In Medieval times, just as in Ancient Rome, the opal was believed to be beneficial to sight, and some even believed it could make its wearer invisible ! The Emperor Napoleon I gave his wife Josephine an opal called the “ fire of Troy ” because of its distinctive set of colours. Archaeologist Louis Leakey found six thousand year-old opal artefacts in a cave in Kenya. Ancient Greeks attributed it with the power to foresee the future. The Romans appreciated the opal as a symbol of purity and hope, and thought it could protect against epidemics. The peoples of Asia considered it a symbol of truth, and the ancient Arabs were convinced it came from Paradise and had acquired its subtle shades of colour because of bolts of lightning.

In the 19th century, a rumour spread by Walter Scott’s novel Anne of Geierstein, crediting it as an unlucky, proved prejudicial to the popularity of the opal. But eminent figures such as Queen Victoria, sovereign of Australia which is the home of the incomparable Harlequin and Black opals, had access to the most prestigious gems. Not only did she adorn her regal jewellery with them, but also that of her daughters and granddaughters. The opals of the Hofburg Treasury now on show in Vienna are famous, and include the major collection of Princess Stephanie of Hungary.

Patrick Voillot, the grand gemstone specialist and the brains behind the Gemmology Museum that has just opened at Chatenay Malabry, Paris, explains that although opals had long been thought to bring bad luck, there is no truth in this poor reputation which is due solely to its fragile nature. Because of the sedimentary process resulting from a concentration of silica gel in former evaporated sea waters, opal contains a quantity of water representing between 3 and 10% of its total weight. This is why it must be protected from heat or from intense light, which may cause this water to evaporate and thus cause fractures. Ultrasound waves, acids or powerful solvents must also be avoided. While many opals originate from Australia, Van Cleef & Arpels uses exclusively opals from Ethiopia, where the mines were only recently discovered. This year, Cartier has introduced some splendid creations in which opals are highlighted in new and unexpected ways.

The play of colours characteristic of opals is caused by the diffraction of light passing through the transparent spherical particles of crystobalite, a form of silica, and the spaces in between these microscopic particles with a diameter equivalent to 1/1,0000th of a millimetre. Opals are classified into three types serving as a background for the play on colours. These three types: are black opal, white opal and transparent opal. Several sub-categories result from the quality and the spread of the colourful patches. The most famous are Harlequin, flash, flame and pinfire. Some types of opal do not feature this play on colours : these include most of the orange stones called fire opals, a green variety known as prase opal and a blue variety found in Peru. This mysterious fine stone with its myriad shimmering reflections still has plenty of surprises in store for us and has doubtless not said its last word. 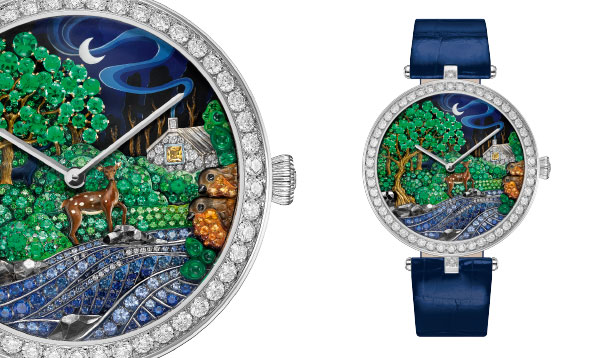 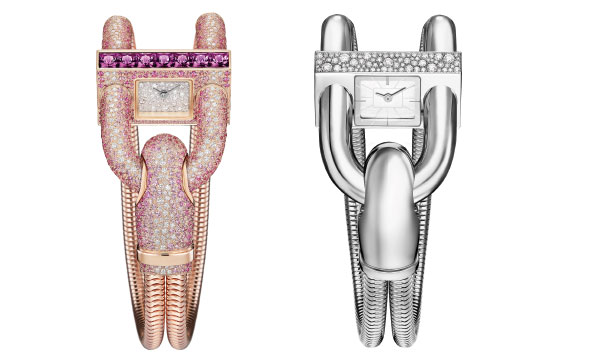